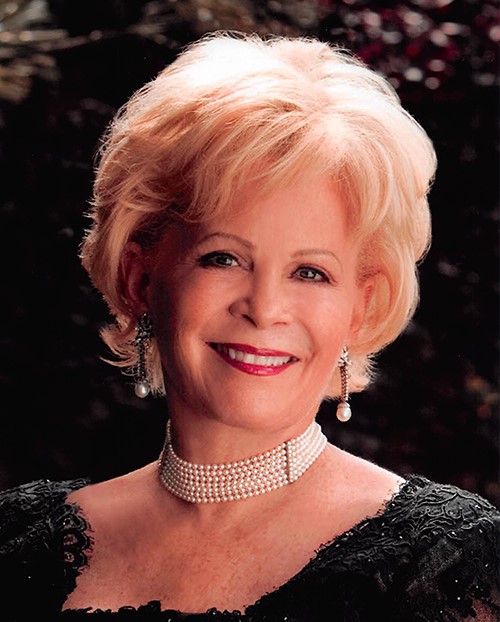 Nancy Peery Marriott, soprano, and David Chapman, piano, return to Anderson House for a performance of classical music for voice and piano. The performance will include favorites composed by John Duke, George Gershwin and Rodgers and Hammerstein.

The concert will last approximately one hour. Registration is required for this free event.

Nancy Peery Marriott has appeared extensively in concert, oratorio and recital throughout the United States, including solo performances at Carnegie Hall, Boston’s Symphony Hall and in Utah with the Mormon Tabernacle Choir and the Utah Symphony. In the Washington, D.C., area, she has performed at The National Theatre, The Barns at Wolf Trap, The John F. Kennedy Center for the Performing Arts, the Music Center at Strathmore, Constitution Hall, the National Gallery of Art and St. Matthew’s Cathedral. Ms. Marriott received a B.S. degree from the University of Utah, and she has completed additional studies at Longy School of Music at Bard College and the University of Maryland School of Music.

David Chapman is a piano and vocal coach and a founding member of Vocal Arts International, a group dedicated to establishing a network of cultural exchanges with singers of other countries. Mr. Chapman holds degrees and performance diplomas in piano performance from the Peabody Conservatory of Baltimore, Md., and the Eastman School of Music in Rochester, N.Y.