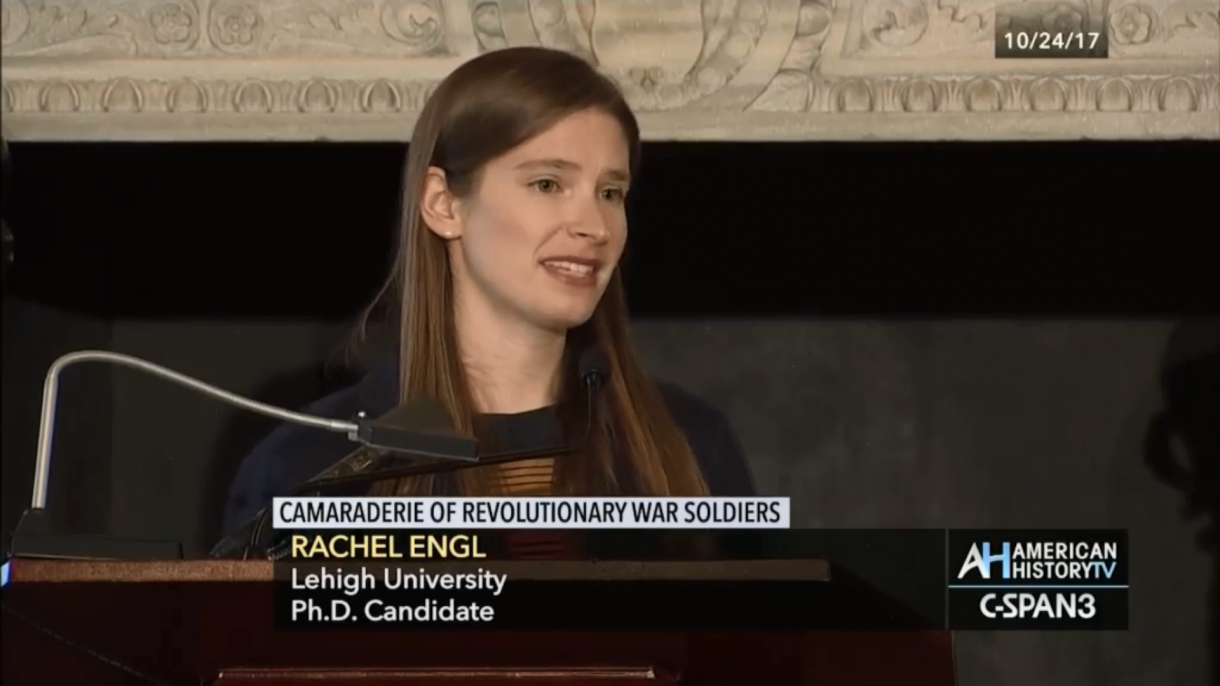 Brother Officers and Comrades-in-Arms: The Social Community of the Continental Army during the American Revolution
Rachel Engl
Historian
October 24, 2017
01:06:17

Over the course of the Revolutionary War, tens of thousands of men served in the Continental Army, many of whom formed strong friendships while fighting. Personal connections sustained men within the Continental Army and helped to open new opportunities for some in their postwar lives, while eliminating many for other men. Through diaries, letters, prescriptive literature and military records, historian Rachel Engl traces the ways individuals initiated and maintained casual and intimate relationships with their fellow comrades.