Why America is Free

Why America is Free is a new narrative history of the American Revolution, from its origins in the social and demographic experience of mid-eighteenth-century British America, through the crisis in the British Empire that followed the French and Indian War, the Revolutionary War and the creation of the first great republic in modern history.

Written for teachers, secondary classrooms and Americans intent on understanding our national origins, Why America is Free argues that the American Revolution is the central event in our history—the turning point between our colonial origins and our national experience. It begins with the nature of colonial British America—a society in which freedom was limited and in which everyone was the subject of a distant monarch—and follows the story of the Revolution through a generation that secured our independence, established our republican form of government, created our national identity and expressed ideals of liberty, equality, natural and civil rights, and responsible citizenship. These ideals have shaped our history and will shape our future—and the future of the world.

Why America is Free is an ideal enrichment text for classroom and remote use and the foundation for a series of online lesson plans on the pivotal events of the Revolution discussed in the book. 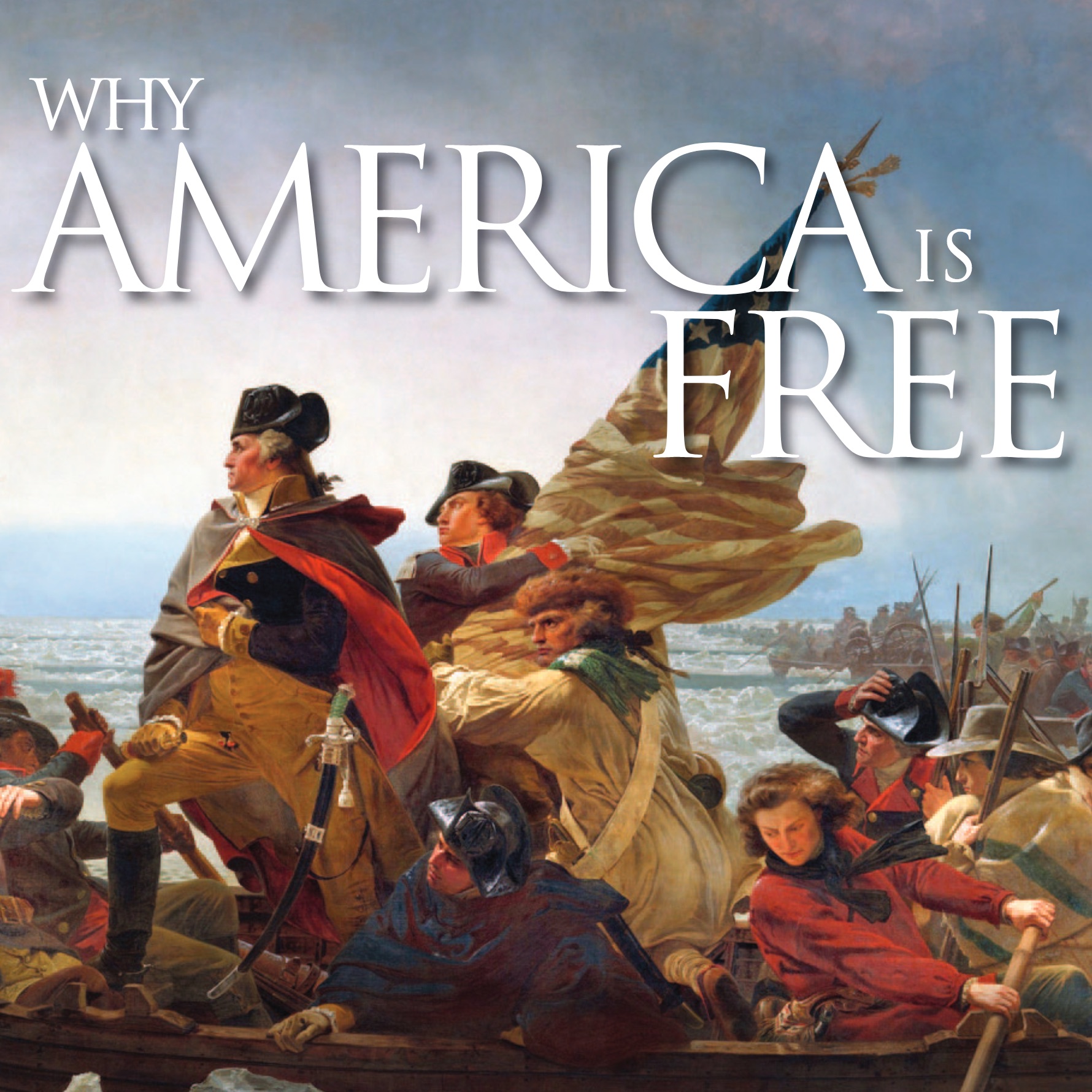 Why is America Free?

America is free because nearly 250 years ago brave people fought a war to establish the independence of the United States and create a system of government to protect the freedom of its citizens. This is the preface to Why America is Free. The book tells the story of how Americans came to fight for their freedom, how they won their independence in the Revolutionary War, established a republican system of government and became a united people, with a shared history and national identity. It is a story in which all Americans, whatever their background, can take pride. It is a great story, full of courageous men and women who risked their lives to create a new nation based on the idea that government should serve people and protect their freedom. All Americans share in the responsibility to fulfill the high ideals expressed in the Revolution.

Read the preface: Why is America Free? 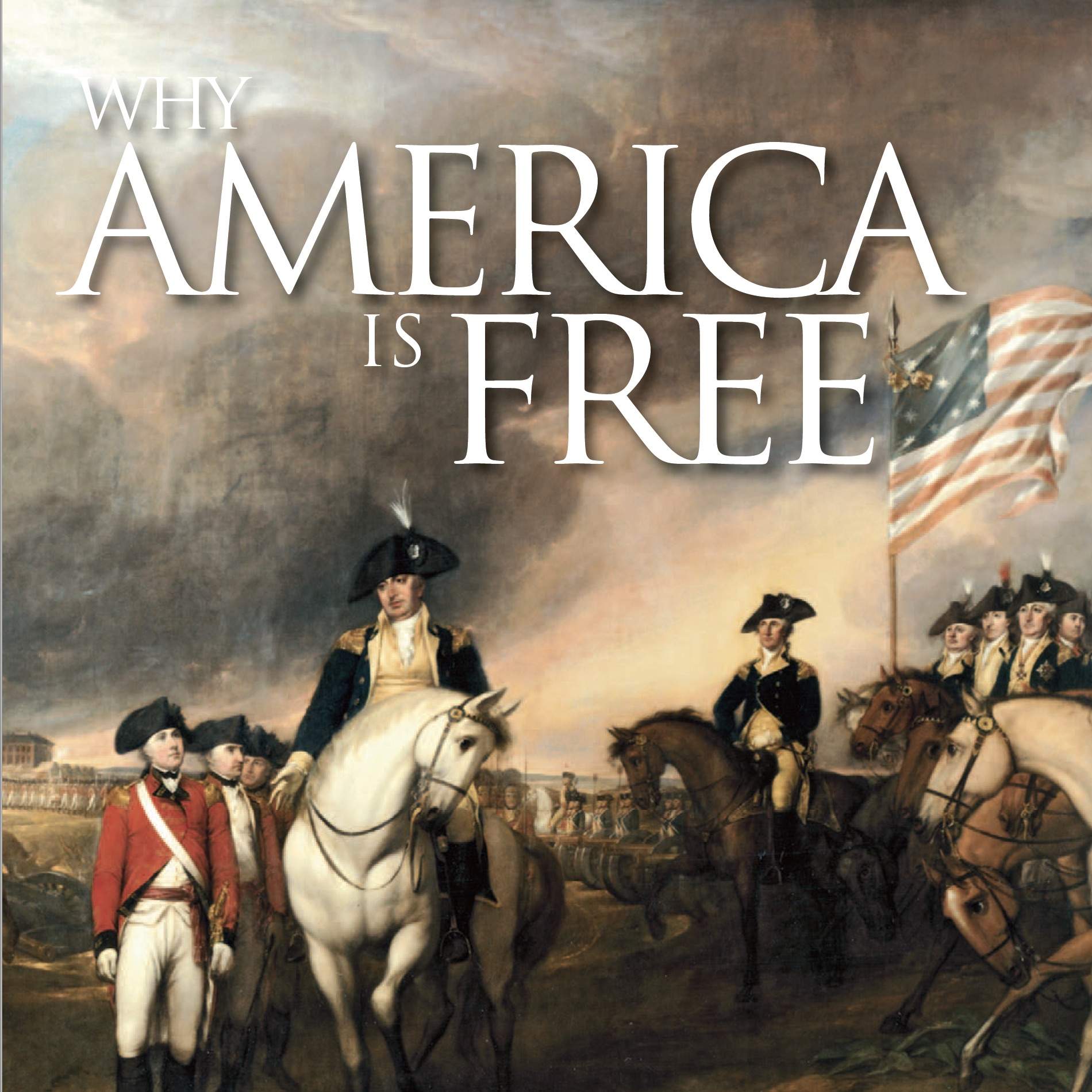 Why America is Free: British America

The story of the American Revolution begins in our colonial past, when freedom as we understand it was not yet imagined. The people of colonial British America lived in a society characterized by deep and pervasive inequalities. Women were subordinated to men, their talents stifled, their natural rights ignored and their civil rights denied. Indentured servitude was common and enslavement was practiced throughout the colonies, as it was through much of the Atlantic world. Some British Americans were proud to claim “the rights of Englishmen,” not understanding the limited, tenuous and fragile nature of those rights. They were subjects of a king, not citizens of a republic. The wealthy and privileged among them had few opportunities to participate in government. Women, the poor and the enslaved had none at all. Colonial British Americans enjoyed few of the rights we take for granted, including freedom of expression and of religion. They lived in a world of grotesque injustice, darkness and oppression. 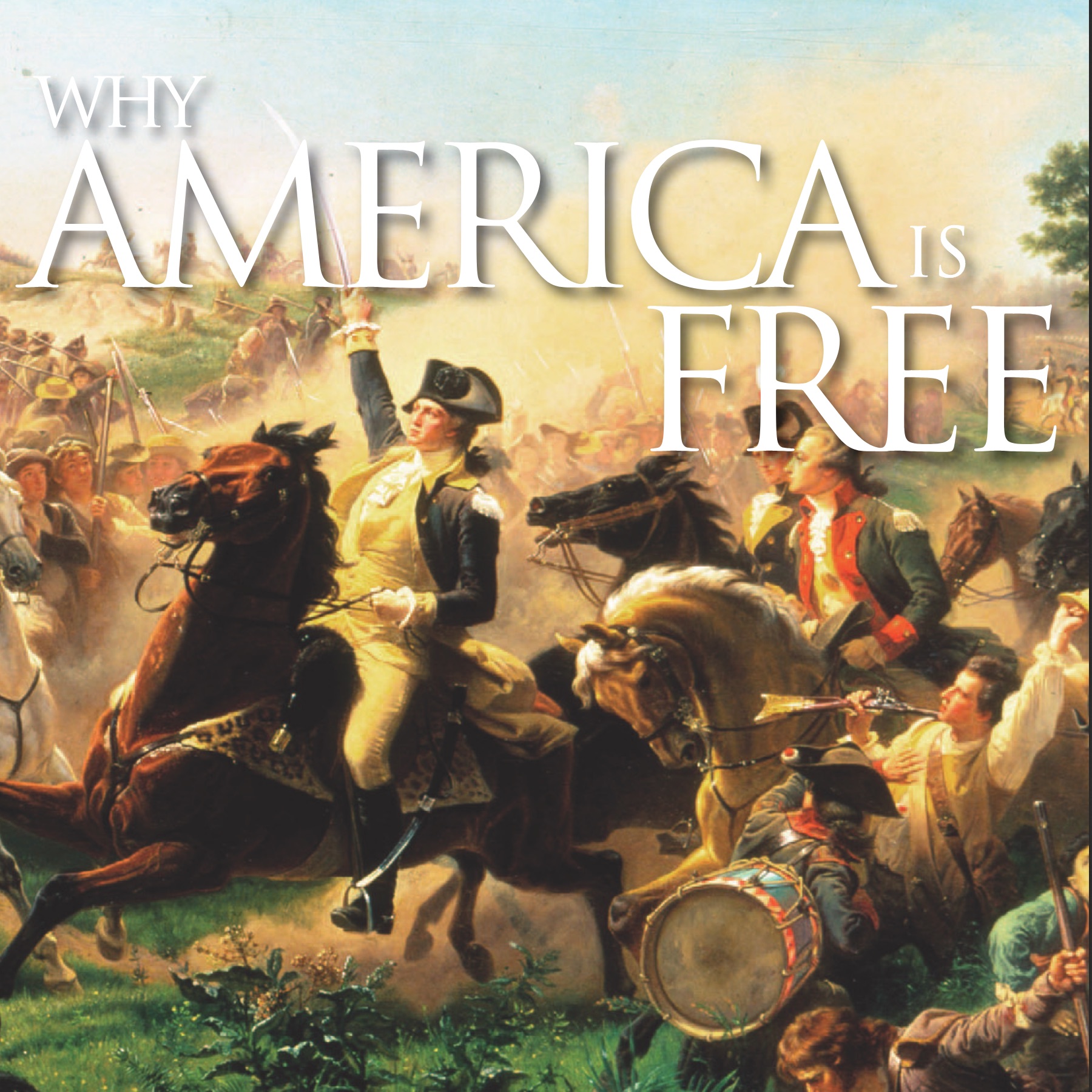 Why America is Free: The Shaping of the Revolution

The American Revolution grew from a colonial protest over new imperial regulations into a broad challenge to the authority of the British government to rule the colonies. For generations the colonists had managed their own affairs, largely free of interference from the British government. They believed that the new laws and policies introduced by the British government violated their rights. They evaded the new laws, protested their enforcement and demanded their repeal. British officials gave way on some measures, only to follow up with new taxes, new regulations and military force to compel the colonists to accept their authority. Resistance to imperial regulation and taxation ultimately resulted in a unified challenge to British authority over of the colonies.

Read The Shaping of the Revolution 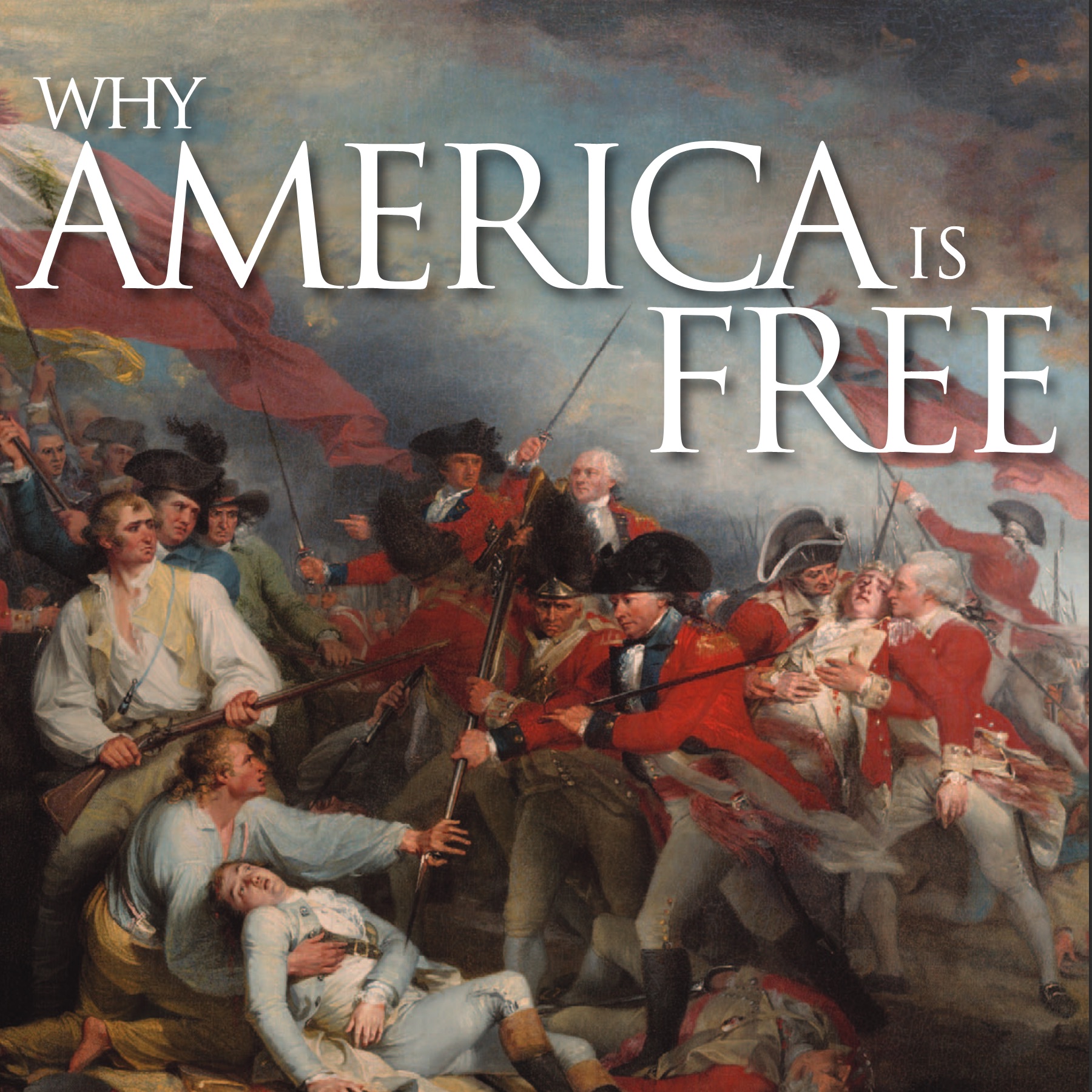 Why America is Free: The Glorious Cause

Resistance to increasingly oppressive British policies resulted in armed conflict between colonists and British regulars in the spring of 1775. Britain treated the conflict as a rebellion, forcing Americans to assume sovereign control of their affairs. Under the pressure of events, the struggle for independence within the empire was transformed into a war for independence from the empire. Americans declared their independence and confronted the largest military force any European power had ever sent overseas.  Successful in driving the British out of Boston, George Washington’s Continental Army was in turn driven out of New York City, but redeemed itself and saved the American cause in two dramatic winter battles.

Read The Glorious Cause 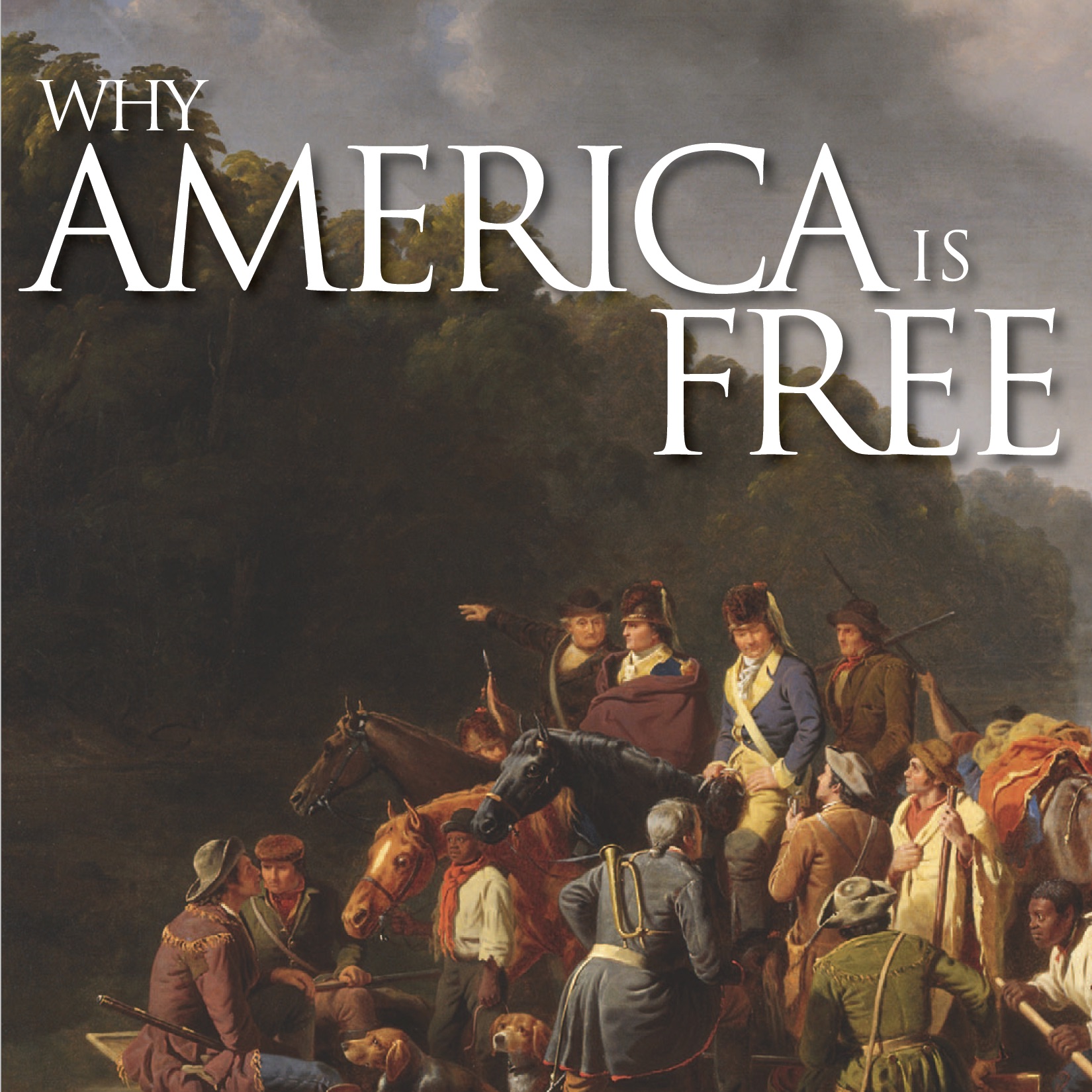 Why America is Free: Republics at War

The independent states created thirteen separate republics, each with a written constitution—one of America’s most important contributions to modern government. The Revolution made subjects into citizens, forever changing the relationship of people to their government and to one another. Britain’s bid to end the war in 1777 failed as American resistance stiffened.  Victory over Burgoyne drew France into the war and turned it into a global war for empire, but in the end American independence depended on the resolve of ordinary Americans—in the southern backcountry and in Washington’s army—to resist the armed might of Britain and secure their liberty. 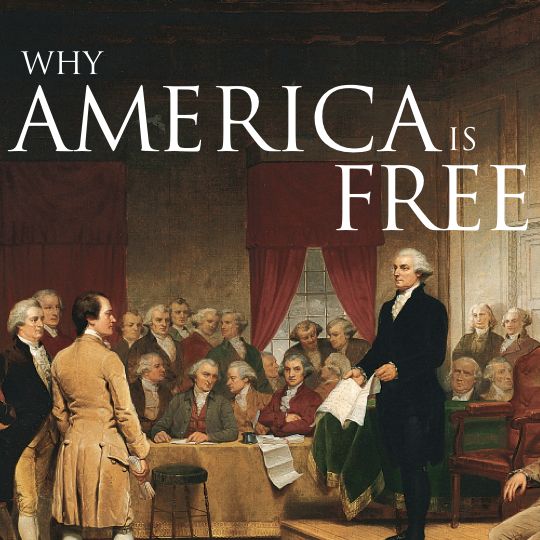 Why America is Free: Independent America

Americans won their political independence in the Revolutionary War and successfully negotiated a favorable treaty of peace, but had to overcome the desolation and economic dislocation caused by the war and their own anxieties about power in government to establish a federal republic with sufficient authority to secure the interests of the American people. A crisis in foreign trade, the inability of the Confederation to assert control of its western frontiers, and a post-war depression led Americans to embrace a federal constitution founded on the sovereignty of the people.