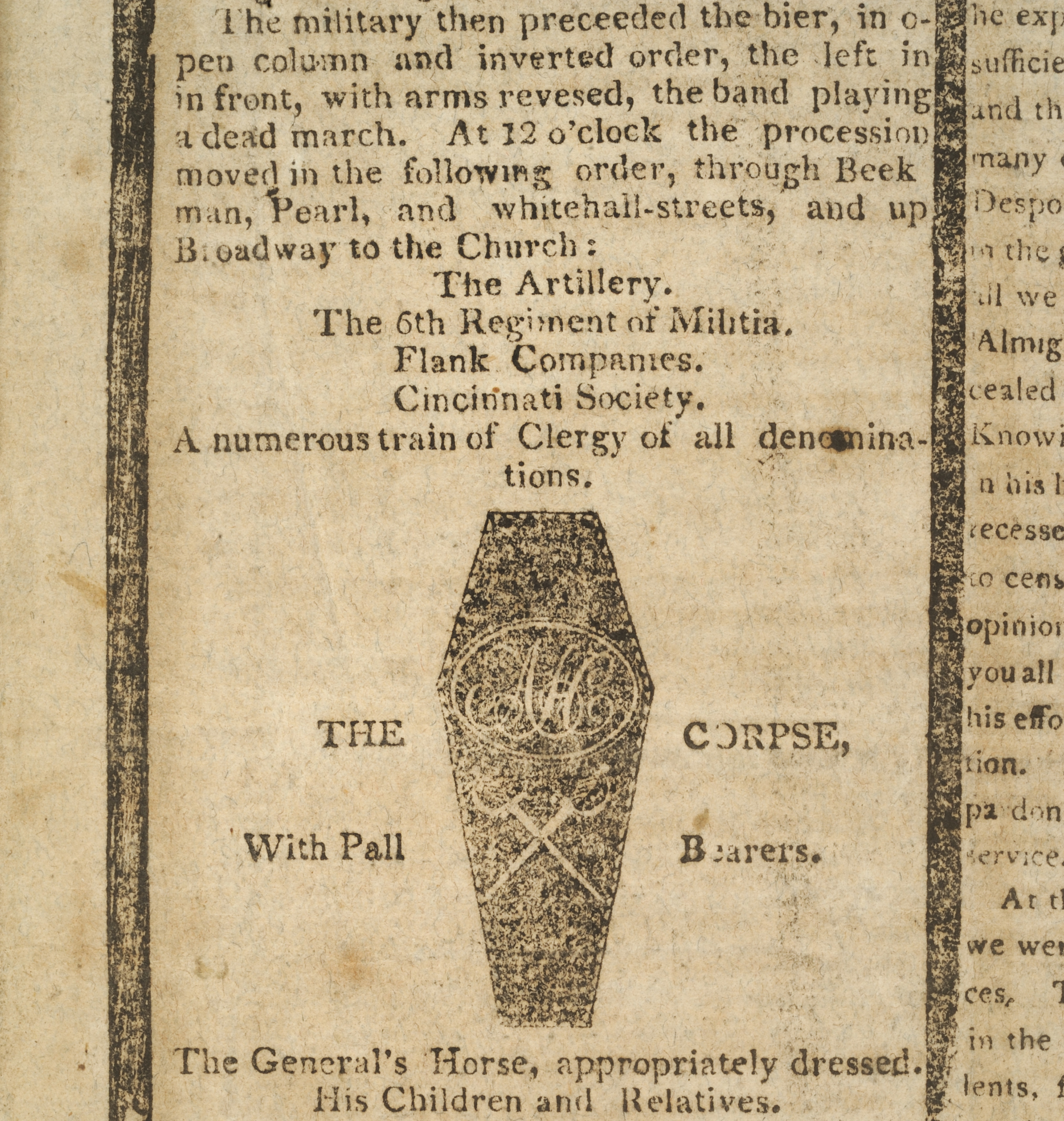 Library Director Ellen Clark presents highlights of a recently acquired collection of early newspapers and other periodicals featuring articles on Alexander Hamilton. From the first official reports of his valor at Yorktown through his political career and personal trials to his death as the result of the duel with Aaron Burr, Hamilton was a figure of intense public interest who received wide coverage in the press. The collection also includes detailed accounts of his funeral and subsequent memorial tributes, as well as a profile of his widow, Eliza, in 1849 at age ninety-two. The eighty-seven-item collection was the gift of Antonia M. Chambers, Esq., who assembled it over several years.

The talk will last approximately 30 minutes with time afterwards for up-close viewing of a selection of the newspapers.