This selection of the most important, unusual or intriguing recent acquisitions has been drawn from the hundreds of items the Institute has added to its collections in the last few years. Each contributes to the great aim of the Institute—to ensure proper understanding and appreciation of the enduring importance of the American Revolution. These recent acquisitions were made possible by generous donors to the American Revolution Institute, who share in our commitment to perpetuate the memory of that great event.

For more features on our collections, visit Masterpieces in Detail. 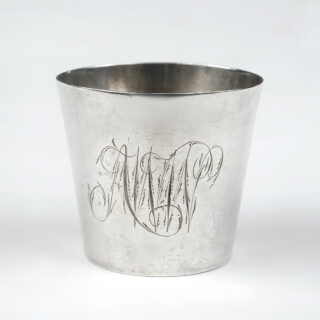 Silver camp cups were commonly part of an eighteenth-century officer’s equipment in the field. This pair, made by Richard Humphreys of Philadelphia about 1776, were owned and used during the Revolutionary War by Anthony Walton White, a New Jersey-born officer of the Continental Army. 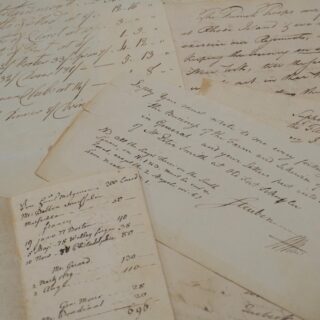 A Collection of Manuscripts Relating to General Steuben

These eleven unpublished manuscripts relate to Gen. Friedrich Wilhelm Steuben during and after the Revolutionary War. The documents range in date from 1780—around the time the French fleet arrived in Newport—to 1792, reflecting some of Steuben’s activities after the war. 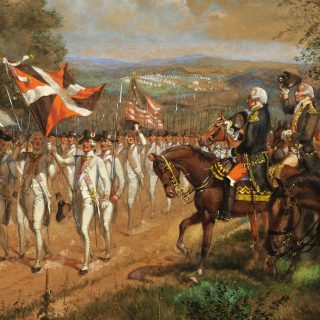 A Scene from the Yorktown Campaign

Around the turn of the twentieth century, American illustrator Henry A. Ogden painted George Washington reviewing French troops in July 1781 at the encampment at Philipsburg, New York—the first camp shared by the American and French armies during the war. The painting reminds us that the story of how the American and French armies got to Yorktown is just as important to tell as what happened after they arrived. 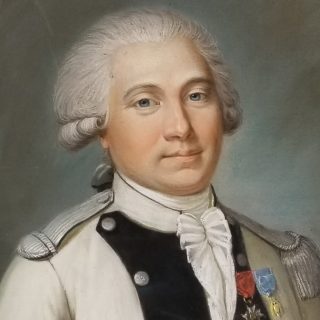 Portrait of a French Officer of the Auxerrois Regiment

Philippe-Jacques-François Aupépin de Lamothe, an officer in the Auxerrois Regiment of the French army, served in the Revolutionary War for six years, fighting in nearly a dozen battles (mostly in the Caribbean) and being wounded twice. His pastel portrait painted in 1786 is the only known likeness of him and helps us tell the story of one of the thousands of French soldiers who helped win American independence. 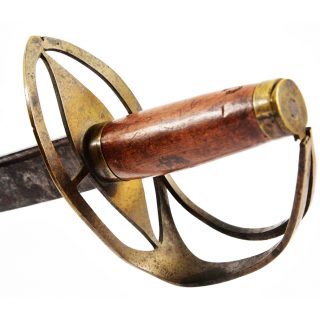 Sword of a Massachusetts Minute Man

From his home in western Massachusetts to the battles of Lexington and Bunker Hill, Ensign James Taylor carried a hanger at his side through his service in the Revolutionary War. The entirely American-made short sword, used by infantrymen as a secondary weapon in close combat, reflects both the popularity of British styles and a growing independence among American cutlers in the late eighteenth century. 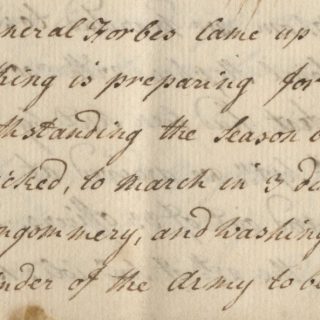 French and Indian War Journal Documents the Brutality of War

The brutality of warfare in the North American wilderness during the French and Indian War comes through vividly in the manuscript journal kept by Rudolph Bentinck, a Dutch-born lieutenant in the Royal American Regiment of the British army. The journal also includes mention of Col. George Washington, commander of the Virginia provincial troops during the French and Indian War. 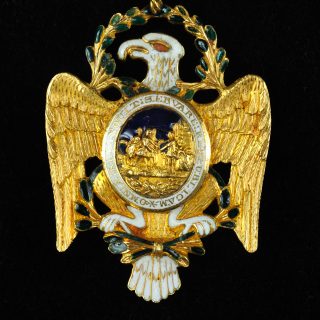 Society of the Cincinnati Eagle of Allan McLane

The most recognizable symbol of the Society of the Cincinnati is its historic insignia known as the Eagle, a gold badge that is as old as the American republic. This rare example was owned by Capt. Allan McLane, a Revolutionary War hero from Delaware. 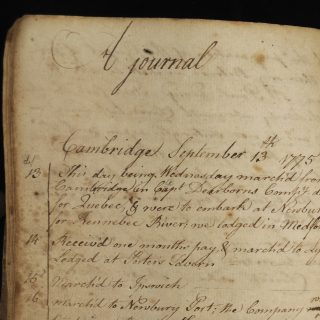 This long-lost original manuscript journal kept by James Melvin, a young Massachusetts soldier, documents his march with Gen. Benedict Arnold to Quebec in 1775 and his subsequent imprisonment in Canada. The nearly daily account records the arduous trek north, the Battle of Quebec and his seven months of captivity. 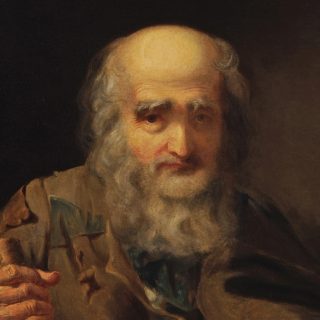 John Neagle’s oil portrait of Joseph Winter, painted in Philadelphia in 1830, is the earliest-known depiction of a homeless American veteran. This somber and arresting painting hints at the financial struggles many soldiers of the Revolution faced in old age and the ongoing fight for federal pension benefits for the remaining Revolutionary War veterans. 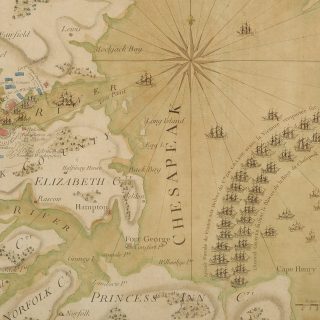 This landmark French map—one of the most comprehensive of the Yorktown campaign—presents the actions, on land and at sea, that resulted in the decisive victory of the allied forces. Encompassing the Chesapeake Bay region all the way up to the Potomac River, the map emphasizes the key role of the French navy in sealing off the entrance to the bay, trapping Cornwallis’s army on the Yorktown peninsula. 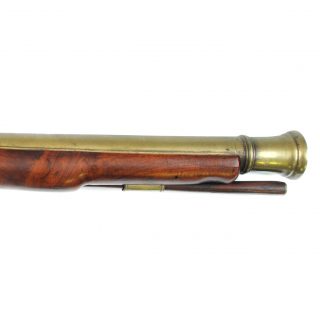 Blunderbuss, the “Thunder Box” of the Battlefield

Few weapons inspire imagination about the sounds of a Revolutionary War battlefield like a blunderbuss, a short, smoothbore firearm that was best used in short range. This British blunderbuss made during the era of the American Revolution would have been issued to cavalry or naval troops for use in close-quarter combat. 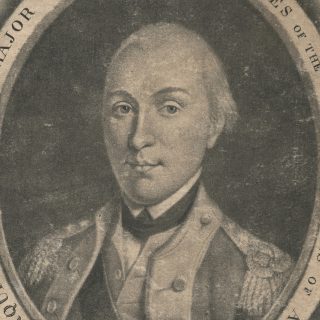 This rare mezzotint portrait of the marquis de Lafayette—based on a portrait that Charles Willson Peale painted from life in 1780 for George Washington—captures the direct gaze of the young major general at the age of twenty-three, wearing his Continental Army uniform. This print was part of a planned series of mezzotints of “illustrious personages” of the Revolution that Peale undertook in 1787.