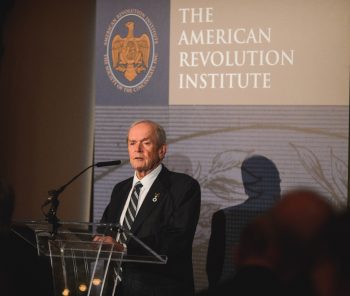 The mission of the American Revolution Institute was described by Chairman William Francis Price, Jr., at the public launch in 2014.

Our goals are to:

The history and ideals of the American Revolution are the foundation of our national identity. If they are forgotten, we will have nothing to hold us together. Future generations, unaware of the historic sacrifices that secured our liberty, will fail to value that liberty and sacrifice to preserve it. Our country, as it has been for more than two hundred years, will be lost.

We won’t let that happen. We are working to perpetuate the remarkable story of our Revolution and the ideals we hold most dear. We invite you to join us in this work.