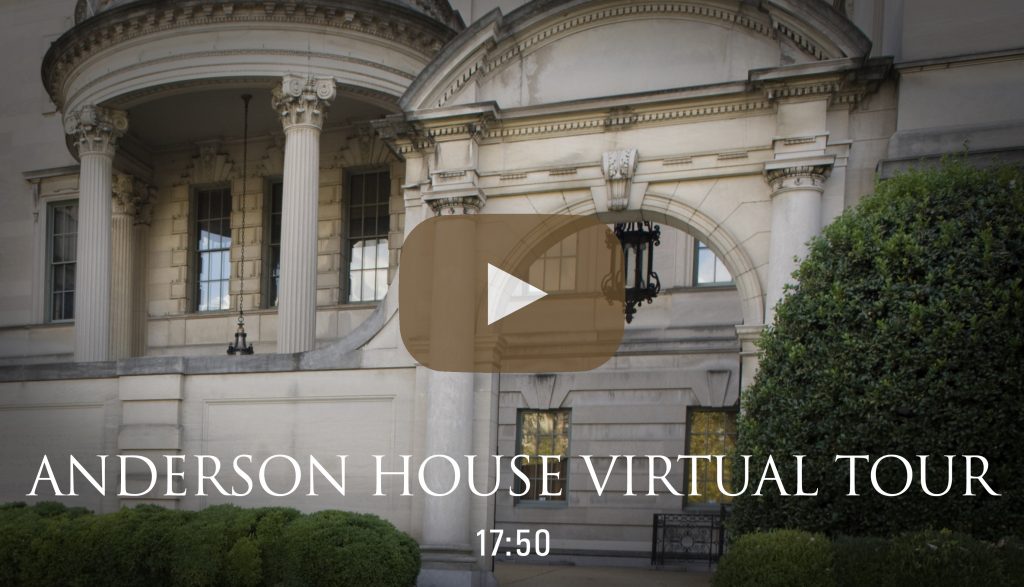 This video tour of Anderson House provides an introduction to the building’s history as well as its modern purpose as the headquarters of the American Revolution Institute of the Society of the Cincinnati.

The headquarters of the American Revolution Institute is at Anderson House, one of the finest mansions in the nation’s capital. It was completed in 1905 as the winter residence of Larz and Isabel Anderson, who used the the house as a showcase for their art collection, a backdrop for entertaining and a setting for diplomatic, patriotic and philanthropic events. Larz Anderson was a devoted member of the Society of the Cincinnati. After his death in 1937, Isabel Anderson presented Anderson House to the Society of the Cincinnati to serve as its national headquarters and museum. In 1938, an act of Congress declared Anderson House a “national museum for the custody and preservation of historical documents, relics, and archives, especially those pertaining to the American Revolution.”

By the 1990s the Society’s collections had outgrown the existing research library and the rooms available for storage and exhibition of its museum collections on the Revolutionary War. The Society then undertook a major renovation, creating the modern research library as well as professional museum facilities. In recognition of its increasing importance as a cultural resource, the National Park Service designated Anderson House a National Historic Landmark in 1996.

Learn more about the Associates    Learn More about Anderson House