The Shaping of the Revolution

How to Think Like a Historian: Who Was James Wolfe? 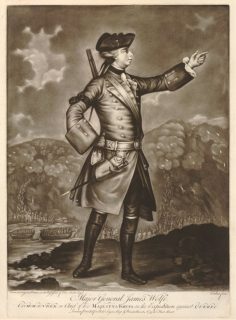 This lesson was designed to teach a sixth grade class how to analyze a variety of primary resources in order to draw educated, substantiated conclusions. Using a variety of resources, students will conduct an analysis to determine who James Wolfe was, how he died and why he was an important and remembered figured in history.

The lesson will be conducted at the beginning of the school year and will teach students the skills that I would like them to apply when we work with primary resources. Specifically, students will: conduct a critical analysis of author’s perspective, author’s intent, message in historical context, effects or results of message and final outcome.

This will be the first of many throughout the year that will invite students to learn more about historic events and people by reading, analyzing and interpreting primary resources including but not limited to letters, maps, newspaper articles, obituaries and broadsides.

The choice of James Wolfe for this lesson was intentional. Sixth grade American students have no background knowledge of James Wolfe or the historical time period from which he comes. This will allow the teacher to teach the historical thinking process skills without students being able to guess or fill in the blanks with information that they already know. Students will be forced to respond with information gleaned from the provided documents, paintings and song rather than relying on what they’ve already learned. 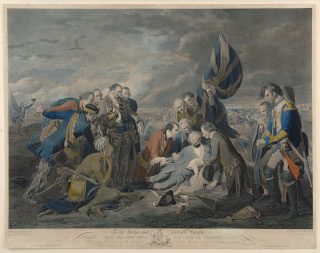 The teacher will display a projected copy of the painting entitled The Death of General Wolfe by Benjamin West (1770) and have students just observe the painting and write down whatever they see that they think may be important. They will be encouraged to attempt to answer the five W’s (who, what, when, where and why) and they will also be encouraged to guess, recording their observation on the graphic organizer designed for the lesson. As mentioned before, sixth grade students have little or no knowledge of this time period so it is fully expected that students won’t know.

When finished, the teacher will share two YouTube videos with students explaining the aspects of the painting: Gallery Highlights—The Death of General Wolfe by Benjamin West and Iconic: The Death of General Wolfe. Students will be encouraged to go back and revise their thoughts and use the same sheet to record their observations and understandings about the painting.

To conclude the lesson, the class will complete a large poster version of the who, what, when, where and why sheet that will remain displayed until the end of the week. Each student will have to contribute a sticky note to be posted on the class chart that will display a consensus of student thinking after the painting analysis and the guidance of the video.

The class will begin with a quick discussion of yesterday’s painting and some of the student “take aways” from the previous day’s analysis.

Today students will listen to and analyze the song “The Death of General Wolfe” by David and Ginger Hildebrand. The song can be found on the album George Washington: Music for the First President on iTunes.

During the second listening, students will use the graphic organizer to write down their observances about the song and its significance to our study.

For the third and final rendition, students will be given the lyrics and background information about the song.

To conclude the lesson, students will use different color sticky notes to add to the classroom chart currently on display in the classroom. If a student placed something on a sticky note the previous day that they now wish to revoke or revise, they will be encouraged to do so.

Today’s class will be a document analysis. Students will be broken into four groups and each group will be given one page of the James Wolfe letter to Thomas Townshend dated 18 July 1756.

Each group will begin by attempting to decipher the portion of the letter they were given without transcription. After an adequate period, the teacher will share the transcription portions with each group. Each group will then be instructed to attempt to comprehend the contents of their portion of the letter. As in previous lessons, students will be directed to think of it in terms of who, what, when, where and why. Each group will contribute to another class chart organizing the class consensus on these five areas.

With about fifteen minutes remaining in the class, the teacher will bring the class together and discuss the letter in whole group—each group reporting what they were able to determine from their portion of the letter. When it is all put together, students should have a general idea that the letter was written by Wolfe offering advice for Townshend’s younger brother, Henry, who just entered military service. Wolfe specifically discusses what to read to prepare for the profession. The questions that students will answer after this analysis is why does Wolfe’s opinion matter? What does this say about Wolfe as a soldier? Do you think he was a respected military leader? Why?

During today’s lesson, students will be asked to “put it all together” to come up with an overview of who James Wolfe was and place his death in context as to why it would be observed in both art and song and what all these tributes, as well as a letter written in his hand, can tell us about the man, the time period in which he lived, and how history will remember him.

The teacher will begin the discussion by reviewing everything that has been investigated and analyzed thus far. In partners, students will read and take notes from the Canadian Encyclopedia about James Wolfe’s life and military career.

The writing task will be that each student will write an original obituary for James Wolfe using elements from each of the pieces analyzed (painting, song and letter) as well as information gather from the encyclopedia entry. Students will spend the rest of day 4 and all of day 5 writing and composing their obituaries for General Wolfe.

Today, students will finish drafting their writing pieces during writing time and during social studies class, students will deliver their obituaries for General Wolfe in light of the fact that September 13 is the anniversary of his death. Students will be graded using Pennsylvania Writing Rubric.

This activity will be referenced throughout the year as students are given new documents and articles to “read like a historian.” The timing of this lesson works well because our social studies curriculum officially picks up with the French and Indian War. While this particular part of our studies is rather abbreviated, students’ knowledge of General Wolfe will help them to better understand the events of the French and Indian War and the time period in general. 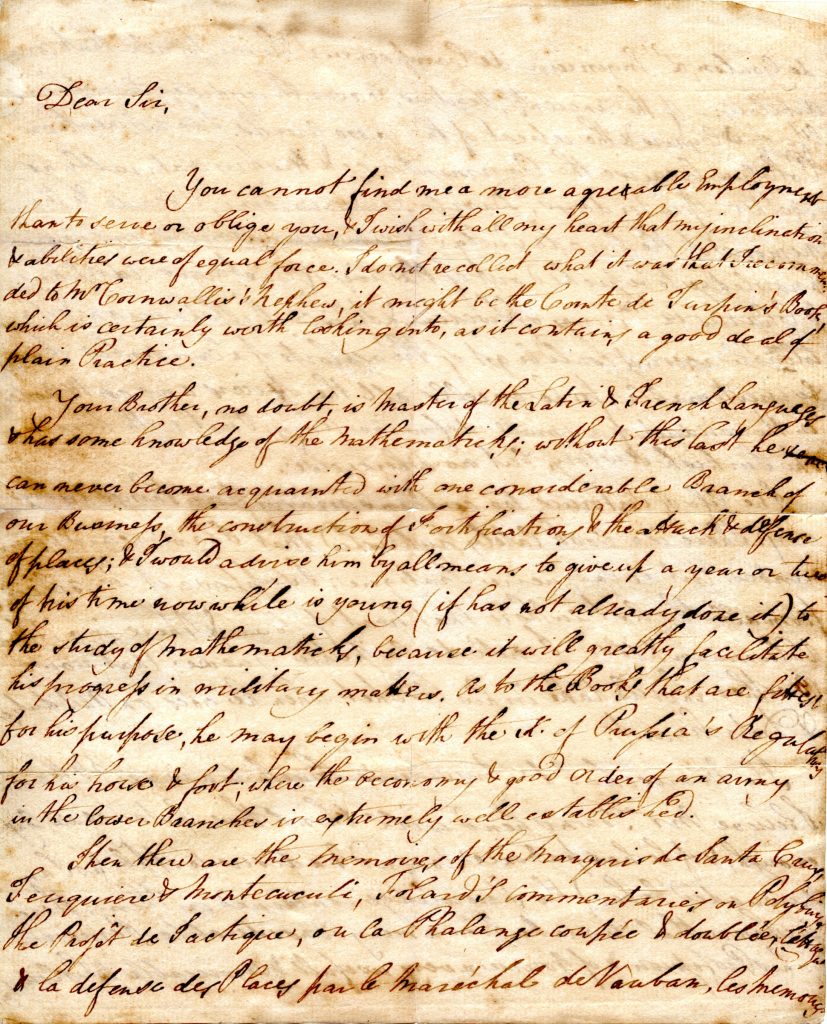 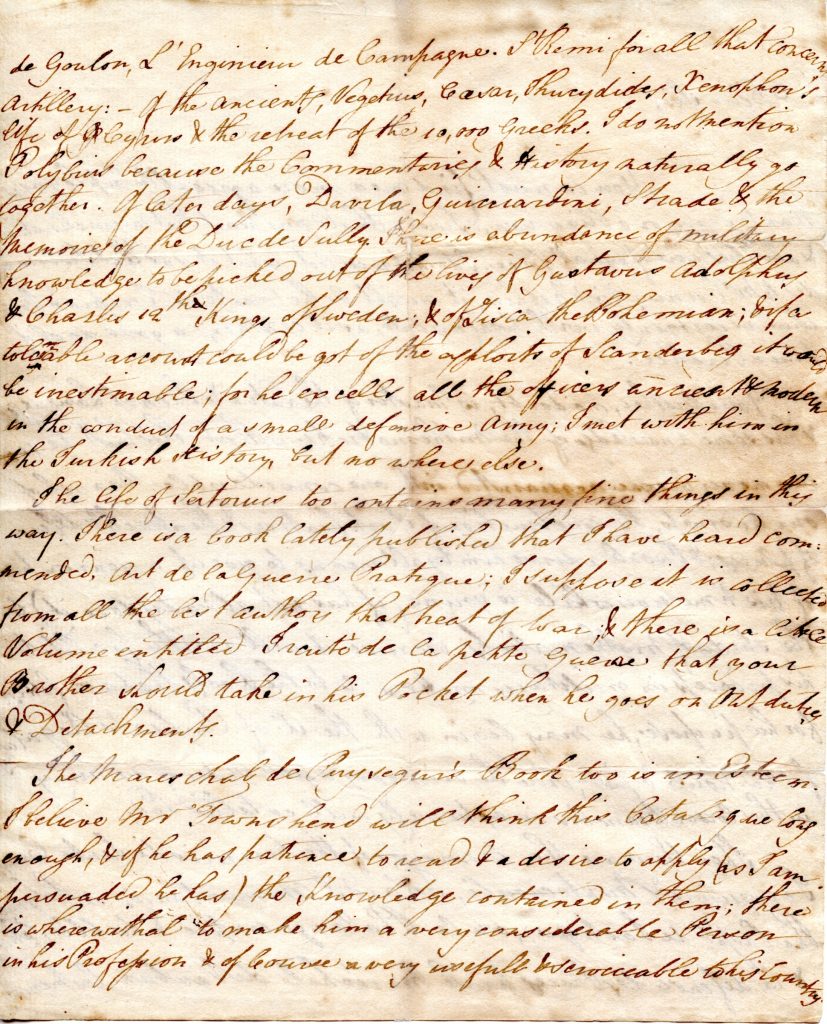 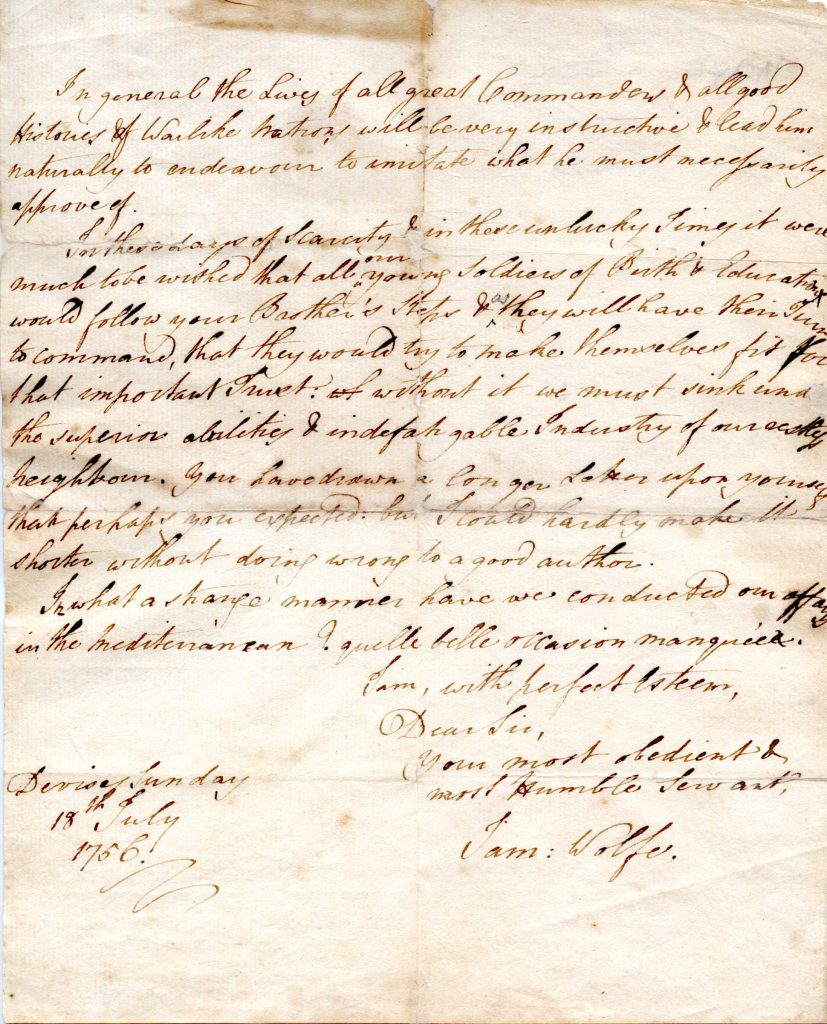 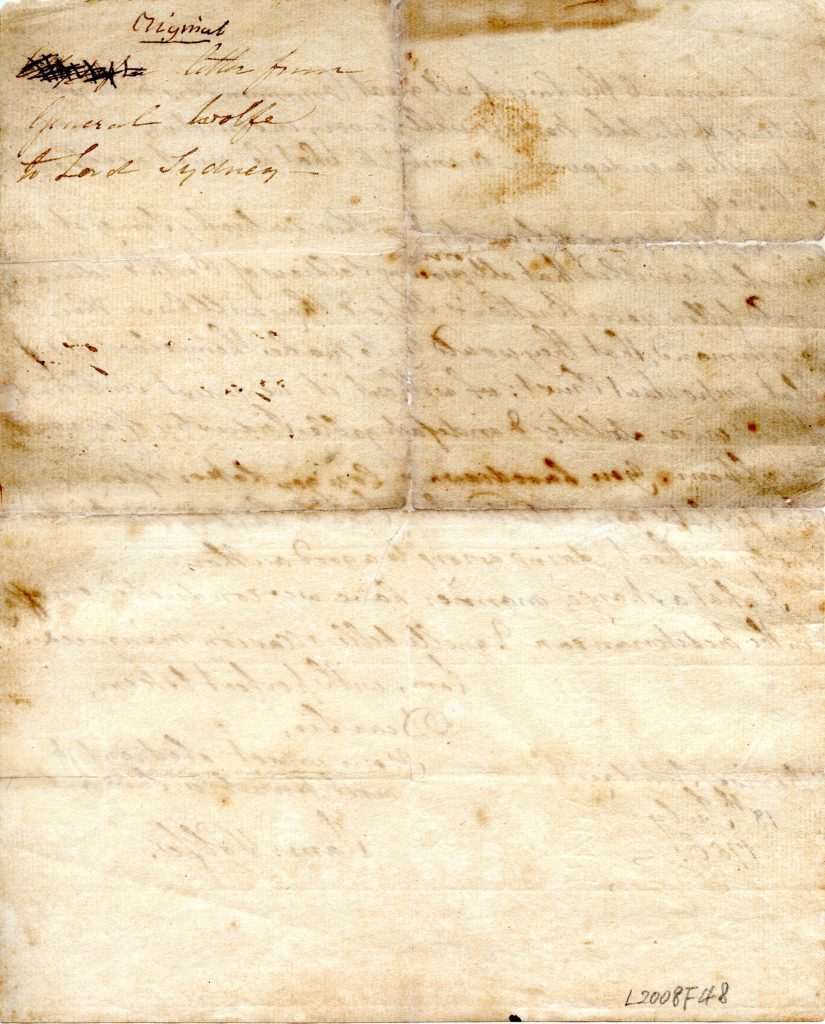