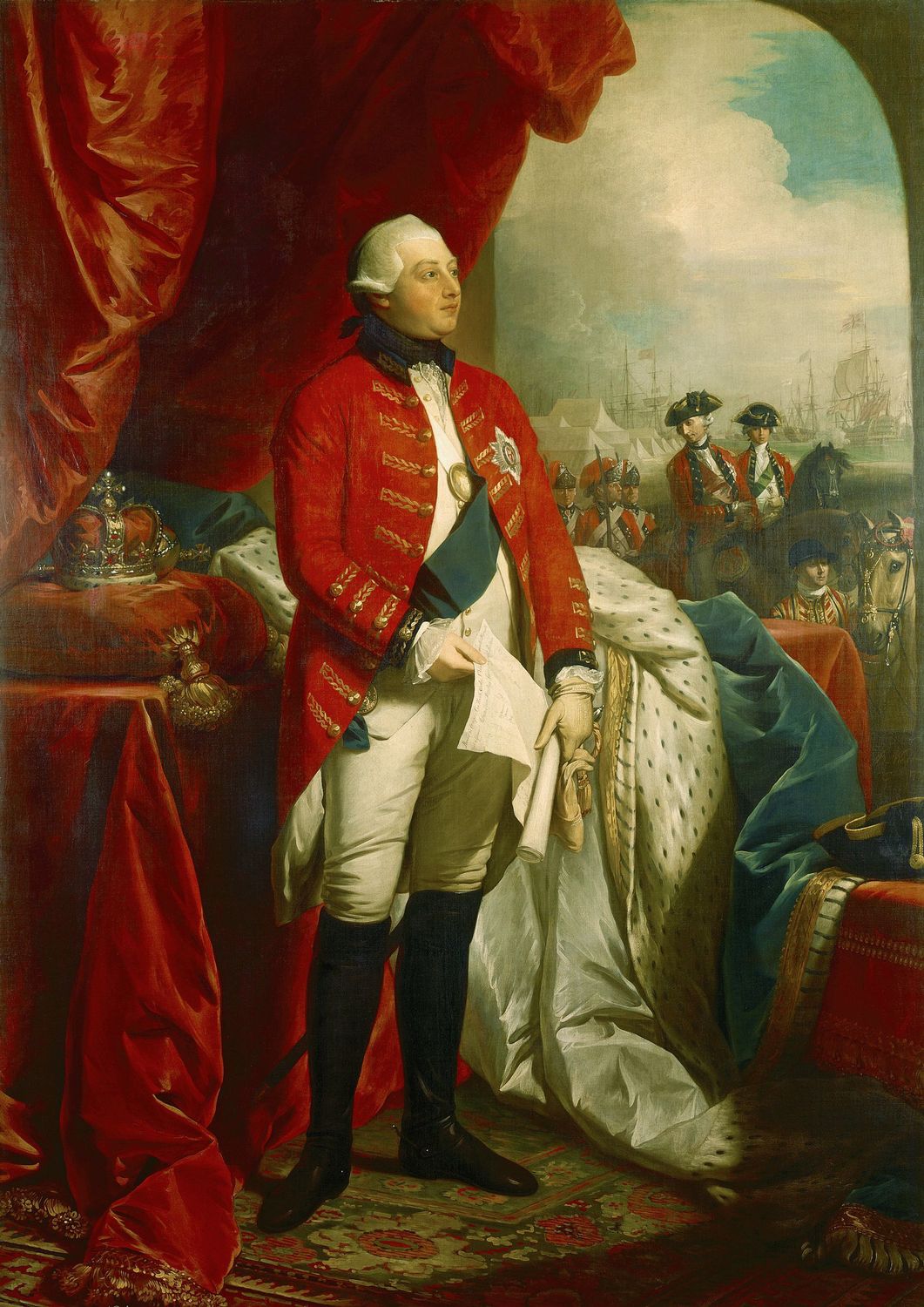 “The present conflict with America,” George III wrote to Lord North on June 11, 1779, “I cannot help seeing as the most serious in which any country was ever engaged” [Sir John Fortescue, ed., The Correspondence of King George the Third (6 vols, London: Macmillan, 1927–28) IV, 351]. Despite Spain’s entry in the war on the side of France, the king was then unrealistically optimistic about ending the war. If Spain had not joined the conflict, he wrote, the Americans would have sued for peace. He expected that pressure from General Sir Henry Clinton on their front and the Indians on their rear would soon force the colonists to submit.

The king persisted in viewing the rebellious colonists as wayward children, and the war as a conflict he was morally obligated to win without compromising. Later in June he wrote that America, “unless this summer supported by a Bourbon fleet must sue for peace, and that it would ever have been unwise to have done more than what is now adopted, the enabling the Commander in Chief to put provinces at peace, but that propositions must come from them to us, no farther ones be sent from hence; they ever tend only to increase the demands. I can never agree to healing over an uncured wound, it must be probed to the bottom, if it then proves sound, no one will be more ready to forget offences, but no one sees more forcibly the necessity of preventing the like mischief by America’s feeling, she has not been a gainer by the contest; yet after that I would show that the parent’s heart is still affectionate to the penitent child” [George III to Lord North, June 27, 1779, Fortescue, IV, 379].

The king’s optimism was tested a few weeks later by the threat of an invasion by the combined forces of France and Spain. George III pressed for preparations to engage the French and Spanish navies in the Channel, even though the combined enemy fleet was larger than the Royal Navy’s Channel fleet. The enemy fleet sailed from the Spanish coast on July 25, but the French had already been at sea for seven weeks and the poorly supplied French crews were weakened by sickness, which spread to the Spanish. The combined fleet was within sight of the English coast on August 14, but turned west to pursue the British fleet off the coast of Cornwall. The British evaded them and returned to the safety of Portsmouth. With autumn approaching the French decided to cancel the invasion.

In this state portrait by Benjamin West, the king has discarded his royal robes and set aside his crown in favor of a military uniform. The king is holding the plan of an army camp, perhaps the one in the background. On horseback is Lord Jeffrey Amherst, commander-in-chief of the forces, wearing the uniform of a major general with the red ribbon and Order of the Bath. Amherst was charged with organizing the land forces to repel the anticipated invasion. With him is a Scottish lord, William Kerr, 5th Marquess of Lothian, wearing the uniform of a major general and the green ribbon and star of the Order of the Thistle. Also in the background is a detachment of the Fifteenth Light Dragoons, which Amherst assigned to patrol the coast of Kent and Sussex. In the distant background, the Royal George—a first rate ship of the line—fires a salute to the king. The oil painting was completed in the latter part of 1779 and celebrates the king’s role in preparations to meet the threatened invasion. It does not depict an actual event. The harbor in the background is probably intended to suggest Portsmouth, which the king visited in early May 1778 to review the fleet before it sailed out to meet the French at the Battle of Ushant. The portrait is displayed (2019) in the East Gallery of Buckingham Palace.