Exhibitions at Other Institutions

The enduring importance of the American Revolution is demonstrated by the rich array of materials from the Revolution on display in temporary exhibitions at museums, libraries and other cultural institutions across the country. We encourage you to seek them out.

The arms used by the combatants on all sides of the French and Indian and Revolutionary Wars were an international jumble of firearms and bladed weapons. These arms take center stage in this exhibition, which features approximately seventy muskets, carbines and rifles, bayonets, pistols and swords used by loyalists, American patriots, Hessians and British “red coats” in battles on land and at sea. “To Arm Against an Enemy” explores the wide variety of weapons used during the Revolution and the progression of military technology that was vital to securing American independence. 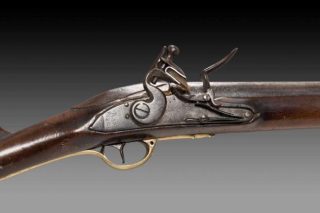 The Unfinished Revolution: Maryland in the Wars for Independence
Maryland Center for History and Culture – Baltimore, Md.
Ongoing since September 10, 2021

The Unfinished Revolution explores the turmoil of the United States’ emergence on the world stage between 1775 and 1815, tying together the French and Indian War, the American Revolutionary War, the Quasi-War and the War of 1812 as one connected narrative. The exhibition explores the effects these conflicts had on Maryland and the political and economic growth of the state and the nation thereafter. Alongside stories of war heroes, immortalized in portraiture, are those of everyday men turned into soldiers—Black and white, free and enslaved—who may only be represented in extant archival material. The Unfinished Revolution also includes how the conflicts affected those who didn’t fight, including enslaved women who fled with the British army to a new life in Canada, and women known as “camp followers” who followed their husbands to war because they had no provisions or support at their homes. 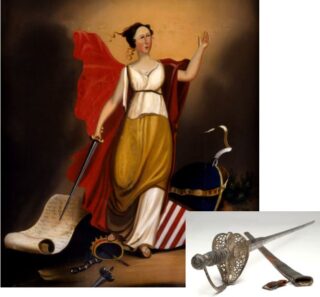