Abigail Adams’ famous eighteenth century plea to the leaders of Revolutionary America made clear that the republican ideals espoused by the patriot cause held a promise for the future of all Americans. The 1848 Declaration of Sentiments and the fight for the 19th Amendment revived this rhetoric and demonstrated how the ideas and events of the American Revolution inspired the movement for civil liberties for American women. This selection of American Revolution Institute museum and library collection items highlights the impact of the Revolution on the campaign for women’s rights. 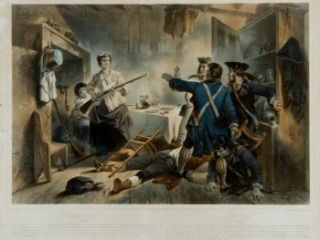 The life and legend of Nancy Hart embodies the violent struggle between patriot and loyalist neighbors that characterized the American Revolution in the Georgia backcountry. This 19th century color lithograph depicts Hart's storied encounter with a party of loyalists. The engraving is based on Elizabeth F. Ellet;s account of Hart in her 1848 history of women during the American Revolution. This print was marketed to both American and French audiences, reflecting interest on both sides of the Atlantic. 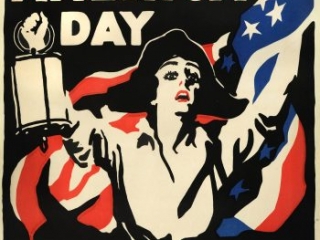 The Mayor's Committee on National Defense commissioned James Montgomery Flagg to design this poster to promote Wake Up America Day. Flagg depicted a female Paul Revere emerging from the darkness to call the country to arms. The image was more than a graphic flight of fancy. Wake Up America Day began at midnight on April 19, when a young suffragist named Jean Mohle rode through the streets of Manhattan on horseback, calling the men of New York to enlist in the army. 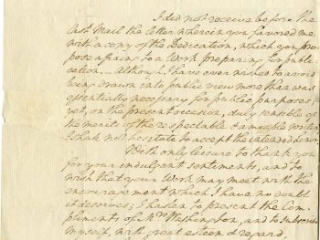 In this letter, George Washington accepts a dedication in Warren's 1790 book of poems and wishes her well 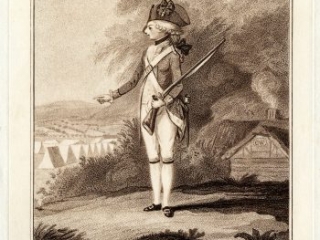 The actress Charlotte Walpole played the role of Nancy, a young woman who disguises herself as a soldier, in Richard Sheridan's play, The Camp. First performed at Theatre Royal, Drury Lane, in London on October 15, 1778, the production concluded with "a perspective Representation of the Grand Camp at Cox Heath." 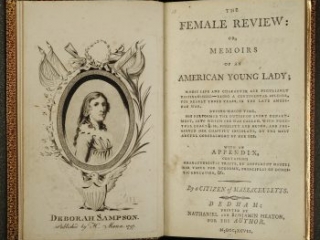 The Female Review: or, Memoirs of an American Young Lady

Dedham [Mass.]:Printed by Nathaniel and Benjamin Heaton, for the author, 1797

Deborah Sampson enlisted in the Massachusetts Continental Line in May 1782 using the name Robert Shurtleff. She succeeded in hiding her sex, even when she was wounded in a skirmish near Tarrytown, New York, on July 3, 1782.To avoid detection, she removed a musket ball from her thigh herself, and carried a second ball in her leg for the rest of her life. She received an honorary discharge in 1783. After the war, an imaginative account of Sampson's wartime service was published to support her case for a pension. In 1805, she received a disability pension of $4 a month, which she relinquished to accept a pension of $8 a month awarded under the Pension Act of 1818. 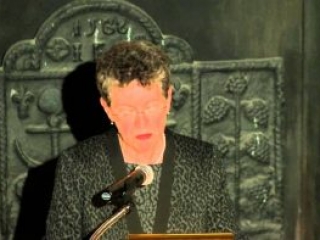 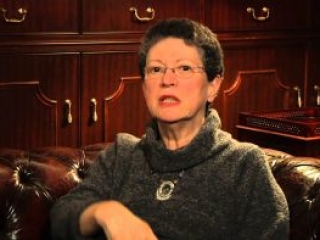 After the War, Voting and Property Rights 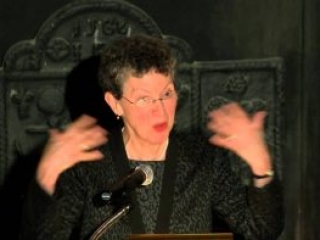 New Ideology of Republican Motherhood and its Consequences