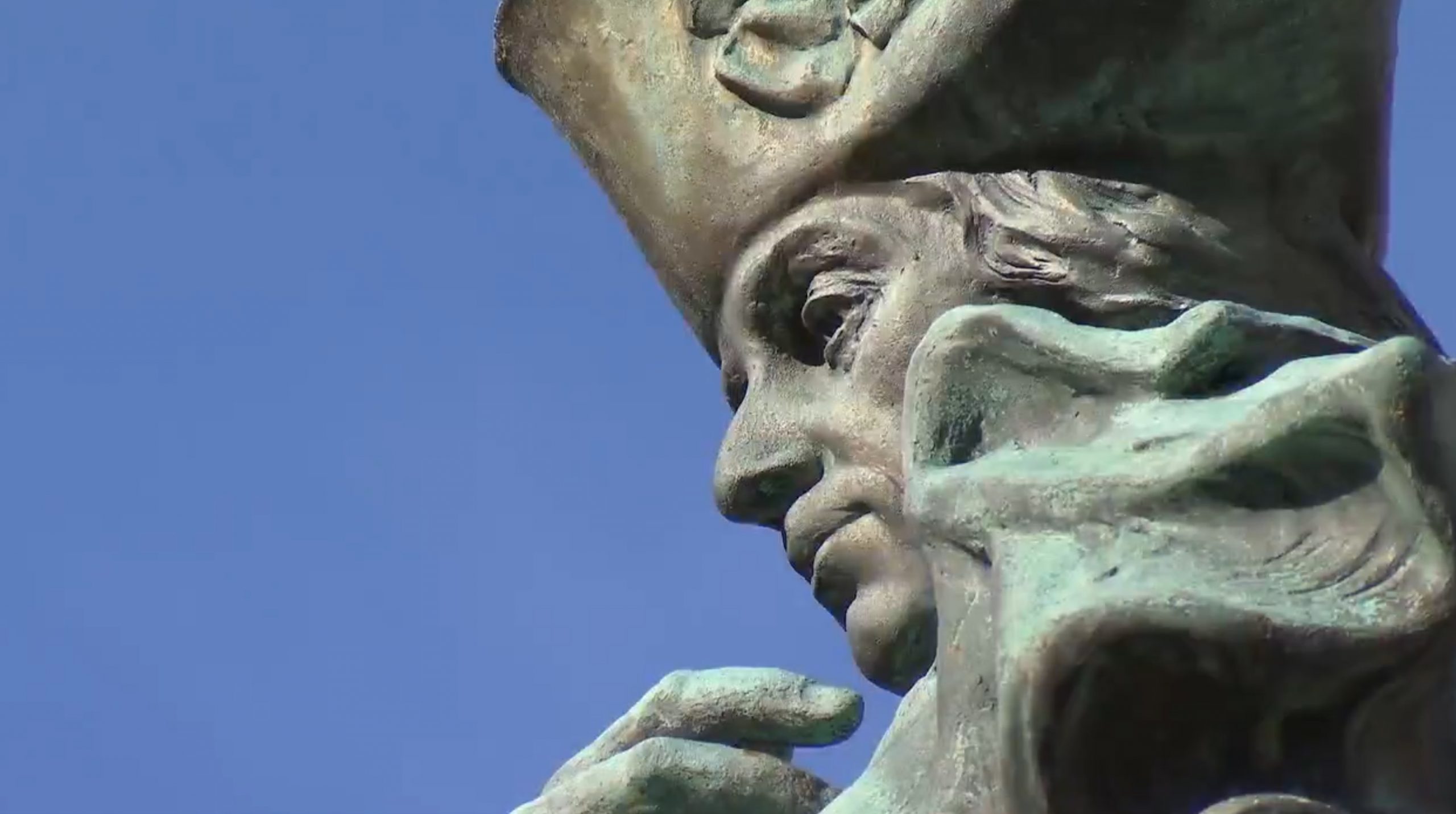 The mayor based her decision on the fact that General Schuyler, one of the wealthiest landowners in New York, owned slaves. The precise number is not clear—as many as a dozen people, over the course of many years, were enslaved at the Schuyler Mansion in Albany and perhaps as many as twenty more at Schuyler’s large Saratoga estate. These people are described in what survive of Schuyler’s papers as “the servants” and it is not easy to distinguish them from Schuyler’s more numerous indentured servants and hired laborers.

It is important to understand the history of slavery in New York (where the legislature passed an act for the gradual abolition of slavery in 1799), the lives of the people who were enslaved, and the involvement of Philip Schuyler and other wealthy New Yorkers with slavery. But it is also important to understand Philip Schuyler’s important contributions to the American Revolution, the new nation and his region of upstate New York. For more on General Schuyler and the American Revolution read Philip Schuyler: An Appreciation.

Philip Schuyler and the heroes of the Revolution are dishonored by the mayor’s order, and frankly, we are all diminished by it. The Revolution in which Philip Schuyler fought has benefited us all. It led, by painful and difficult steps, to the abolition of slavery and the extension of freedom. The injustices of the past were too great to be corrected in a generation. The progress of freedom has been difficult and its blessings have not been spread equally. It is the task of our time to fulfill the promise of the Revolution. No good is achieved by dishonoring the people who won it. Our task is to build on their accomplishments, not to tear them down.

I am writing to you on behalf of the Society of the Cincinnati, the nation’s oldest private patriotic organization, to appeal to you not to remove the statue of Major General Philip Schuyler from the front of Albany City Hall, where it has stood proudly since 1925.

The Society of the Cincinnati was founded by General Washington and officers of his army at the conclusion of our Revolutionary War, when the army was encamped near Newburgh, New York. We work to ensure that Americans understand and appreciate the constructive achievements of the American Revolution—our independence, or republican form of government, our national identity and our dedication to ideals of liberty, equality, natural and civil rights, and responsible citizenship under the rule of law.

General Schuyler, an original member of our organization, is a hero of the American Revolution. He risked his life and sacrificed no small part of his fortune for the achievements of our Revolution. He deserves honor and respect.

Like all Americans of his time, he was born into a society where freedom as we understand it barely existed. At forty-two, having secured wealth and influence, he risked everything to serve in a war to secure the liberty and independence of the United States. He commanded an army of ordinary men—farmers and tradesmen, young and old, rich and poor. He played an important role in establishing the first great republic of modern times—a nation dedicated, not to the interests of kings and aristocrats, but to the interests of ordinary people. Nothing like it had ever existed.

It was an imperfect nation. Grotesque injustices remained. Yet with each year those injustices became harder to rationalize. No sooner had the revolutionary generation declared that all men are created equal than the injustice of slavery became a subject of national debate that did not end until slavery was extinguished. No sooner had the revolutionaries declared that all men are created equal than women began to assert that same equality, and to demand the same inalienable rights so proudly asserted as the rights of men.

General Schuyler was not perfect, but he and the women and men who struggled with him laid the foundation of our freedom in a time of darkness and oppression. They did not finish demolishing the vast framework of injustice they inherited. That has been the task of subsequent generations, including our own. It has been the work of many hands and many minds—of all races, of both sexes—of men and women from many lands, who have come to this great republic to find freedom, and of men and women of our own land, denied freedom, who have followed the example of General Schuyler and fought for liberty.

Those who think removing the statue of General Schuyler somehow advances the cause of freedom are wrong. It will only make us more forgetful, and less appreciative, of the brave people who struggled to establish our freedoms, and of how far we have come and of how much more progress we need to make to fulfill the bright promise of our Revolution in the lives of all Americans.

On behalf of over 4,500 members of the Society of the Cincinnati and Associates of the American Revolution Institute of the Society of  the Cincinnati—including several residents of Albany, as well as descendants of General Schuyler and the brave men who served under his command to defend Albany during our Revolutionary War—I appeal to you to withdraw your executive order to remove the statue of General Schuyler.

Celebrate this Independence Day by remembering the services of General Schuyler and those who served with him to win that independence. Encourage the citizens of Albany to do the same. Build on the foundations laid by those heroes of our Revolution. Cherish their memory and work to realize their vision of a just and free society.

W. Pless Lunger
President General
The Society of the Cincinnati