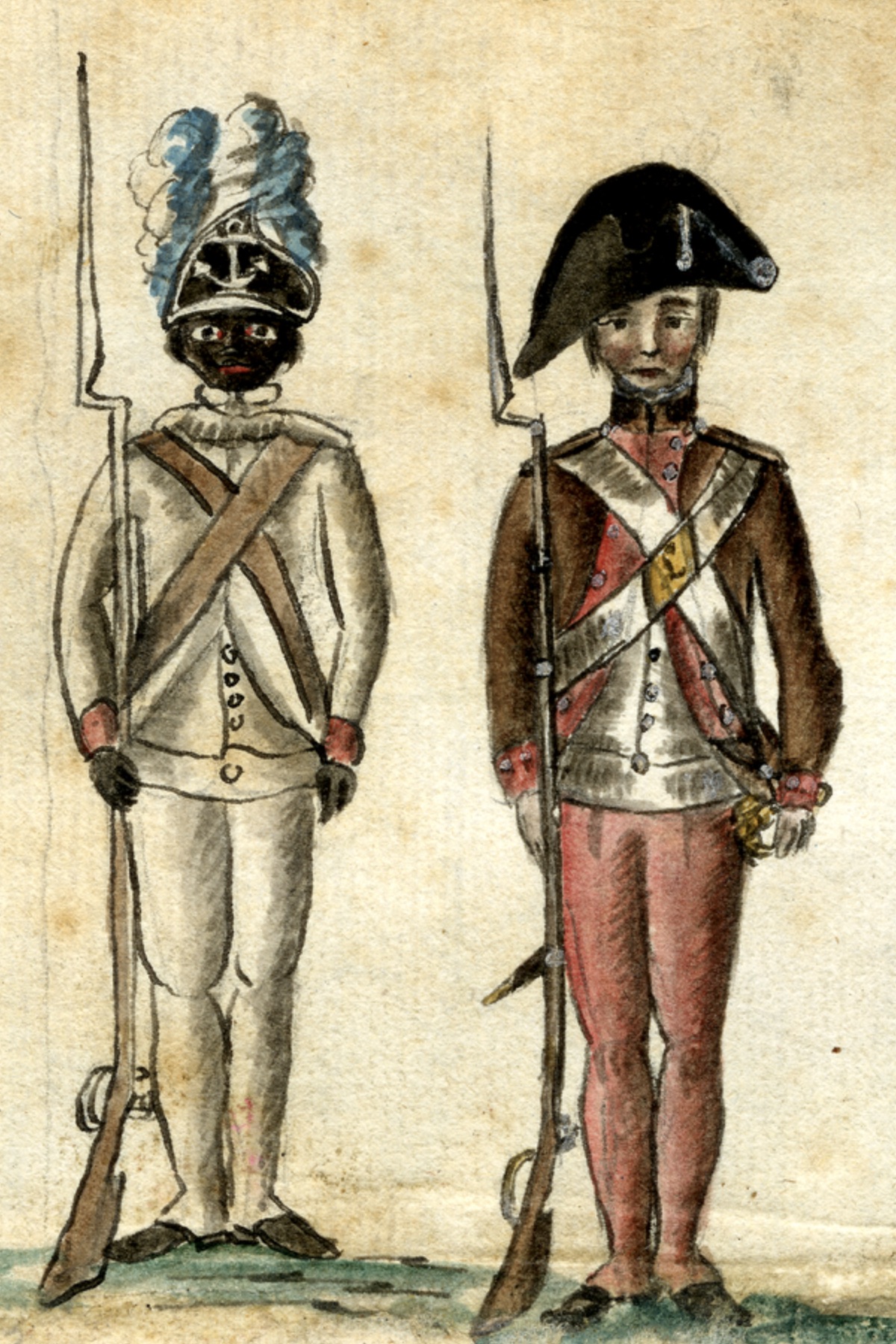 Last August, the New York Times launched what it calls “the 1619 Project,” asserting that slavery and racism have defined American history and culture, and that the American Revolution was conducted to defend slavery from the growing challenge of British abolitionism. The American Revolution Institute has not, in the months since, responded to these assertions. Our best course, we thought, was to focus on our mission to promote understanding and appreciation of the constructive achievements of the American Revolution.

We do not agree that the Revolution was conducted to defend slavery. The American Revolution secured our independence, established our republic, created our national identity and committed our nation to ideals of liberty, equality, natural and civil rights, and responsible citizenship. It articulated ideals fundamentally at odds with slavery, and set that abhorrent practice on the path to extinction. Principled opposition to slavery was barely expressed prior to the American Revolution. The Revolution threw slavery on the defensive. Its commitment to universal natural rights inspired the growth of abolitionism across the Atlantic world.

We thought our best answer to the irresponsible and unfounded claims of the 1619 Project was to ignore them and devote our energies to sharing our understanding of the constructive achievements of the American Revolution. Lots of irresponsible and unfounded things have been written about the Revolution, after all, and responding to them diverts energy from our mission. We expected that the 1619 Project would fade from public consciousness in a few months. We hoped that the New York Times, having published assertions so grossly and manifestly at odds with the best historical scholarship, would react in a responsible manner to the gentle corrections offered by some of our nation’s leading historians, and apologize for disseminating falsehoods.

Sadly that hasn’t happened. The New York Times has defended indefensible claims and dismissed the corrections offered by brilliant scholars—men and women of good will—who want Americans to understand the history of slavery and racism and their influence today, but who insist, politely but firmly, that the cause of social justice is not served by disseminating false and unsupported claims about the American Revolution or other periods of American history.

The Times has thrown its considerable weight behind these claims and has established a partnership with the Pulitzer Center, a private organization dedicated to journalism on underreported global issues, to create and promote lesson plans for schools based on the 1619 Project, including lessons plans that promote the false and unsupported claims made in the project’s lead essay, written by Nikole Hannah-Jones, a journalist who demonstrates little apparent acquaintance, and certainly no regard, for historical scholarship.

Unfortunately, the Pulitzer Prize Board recently accepted the ill-conceived recommendation of a seven-member jury and awarded the author the 2020 Pulitzer Prize for Commentary, citing her “sweeping, deeply reported and personal essay for the groundbreaking 1619 Project, which seeks to place the enslavement of Africans at the center of America’s story, prompting public conversation about the nation’s founding and evolution.” (Besides being founded through the generosity of members of the same distinguished family, we know of no connection between the Pulitzer Center and the Pulitzer Prizes.) The essay in question definitely has, as the citation says, prompted public conversation, but much of the dialogue has focused on the author’s errors. The Pulitzer Prize Board apparently shares the author’s indifference to truth.

The 1619 Project is likely to remain a subject of public discussion and, unfortunately, the false claims it makes about the American Revolution are going to be taught in schools. With the financial support, influence and reach of the New York Times and the Pulitzer Center and the prestige of the Pulitzer Prize behind them, those claims are going to reach many people who will not understand how unreliable, and indeed how irresponsible, those claims are. Under the circumstances, we have an obligation to respond.

The brave Americans, white and black, men and women, rich and poor, who fought to secure American independence did not fight to defend slavery. Many fought because they believed that increasingly invasive imperial regulations, left unchecked, would deprive their colonies, their communities and themselves of the large degree of autonomy they had long enjoyed. Many fought because they believed that conceding the right of Parliament to tax them without their consent would lead, sooner or later, to their impoverishment. Some, including many who dissented from the established Church of England, feared that increased imperial intervention in colonial affairs would compromise what freedom of religion they either enjoyed or hoped to achieve. Some fought to defend their homes and communities against aggression or to make common cause with their families, friends and neighbors. Some saw independence as a means to secure property or financial gain. Some saw the war as a way to achieve distinction and honor. Many African Americans saw in American independence a chance to establish their personal independence from the inferior status to which they had been relegated. Many landless Americans fought because they hoped to secure land west of the Appalachians, in areas imperial regulations forbade them to go. They fought, in short, for many reasons, but none of them fought to save slavery from the threat of British abolitionism.

Some—perhaps few at first—fought because they were convinced that by fighting the British and securing their independence, Americans could achieve a new order of the ages, in which the natural rights of mankind would be respected and could form the foundations of a new kind of society in which all Americans, and ultimately all people, would be free. That vision came, in time, to define the Revolution and the nation it created. The implications of that ideal took decades to work out, but it drove the progressive improvement of American society and the great reform movements that have shaped our history—the drive to abolish slavery, to empower women, to secure the rights of laboring people, to liberate minorities from oppression and discrimination, and to secure the civil liberties of African Americans, Hispanic Americans, and others who have suffered from injustice. The universal implications of that ideal have shaped our role in the world, and when we have followed the angels of our better natures, it has led us to pour out our treasure and our blood to liberate others from tyranny.

1776—the year we declared the self-evident truths that all men are created equal, and that they are endowed by their Creator with certain inalienable rights, among which are the rights to life, liberty and the pursuit of happiness—marks the beginning of our national experience. Whatever else they were in 1776, those truths were not self-evident. They were declared in darkness, in a world where freedom barely existed, and where the evidence of daily experience suggested that the mass of mankind was made to suffer without recourse, without rights, the lives of ordinary people held cheap by men who claimed that the right to rule and to high status and wealth was a birthright of the few, whom the many were created to serve. The darkness of that world was too great to be dispelled in one movement. It has been the work of many generations, and its heroes—men and women of all races—from 1776 until this day, are the common creators of free society.

Nikole Hannah-Jones asks Americans to reject the Revolution and claims that the men and women who sacrificed, struggled and died for American independence are unworthy of our respect. The American Revolution Institute asks Americans to embrace the Revolution and its principles as the common inheritance of free people, and to respect the men and women who secured our independence as our benefactors—and to recognize that the work they began is not yet done.

Above: Detail from a watercolor of four American soldiers from the diary of Jean Baptiste Antoine de Verger, an officer in Rochambeau’s army, painted during the Yorktown Campaign, 1781. The African American soldier is an enlisted man in the First Rhode Island Regiment. Anne S.K. Brown Military Collection, Brown University.

Read the companion essays responding to the 1619 Project:  “What’s Wrong with ‘The Idea of America’?” and “Slavery, Rights, and the Meaning of the American Revolution.”