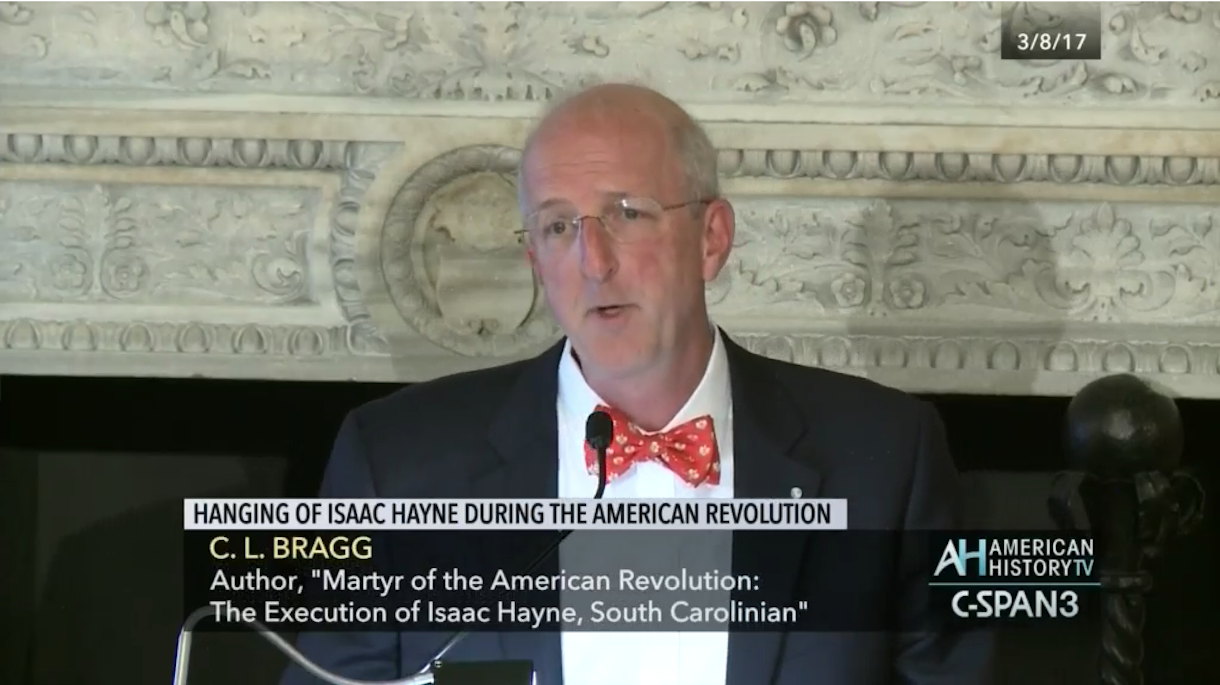 On August 4, 1781, in Charleston, South Carolina, the British army hanged Col. Isaac Hayne for treason. The death of a patriot in the cause of liberty was not a unique occurrence, but, as historian C.L. Bragg uncovers, the unusually well-documented events surrounding the execution of Hayne and the involvement of his friends and family make his story compelling and poignant. Unlike young Capt. Nathan Hale, who suffered a similar fate in 1776, Hayne did not become a folk hero. What began as local incident, however, became an international affair that was debated in Parliament and the Continental Congress.