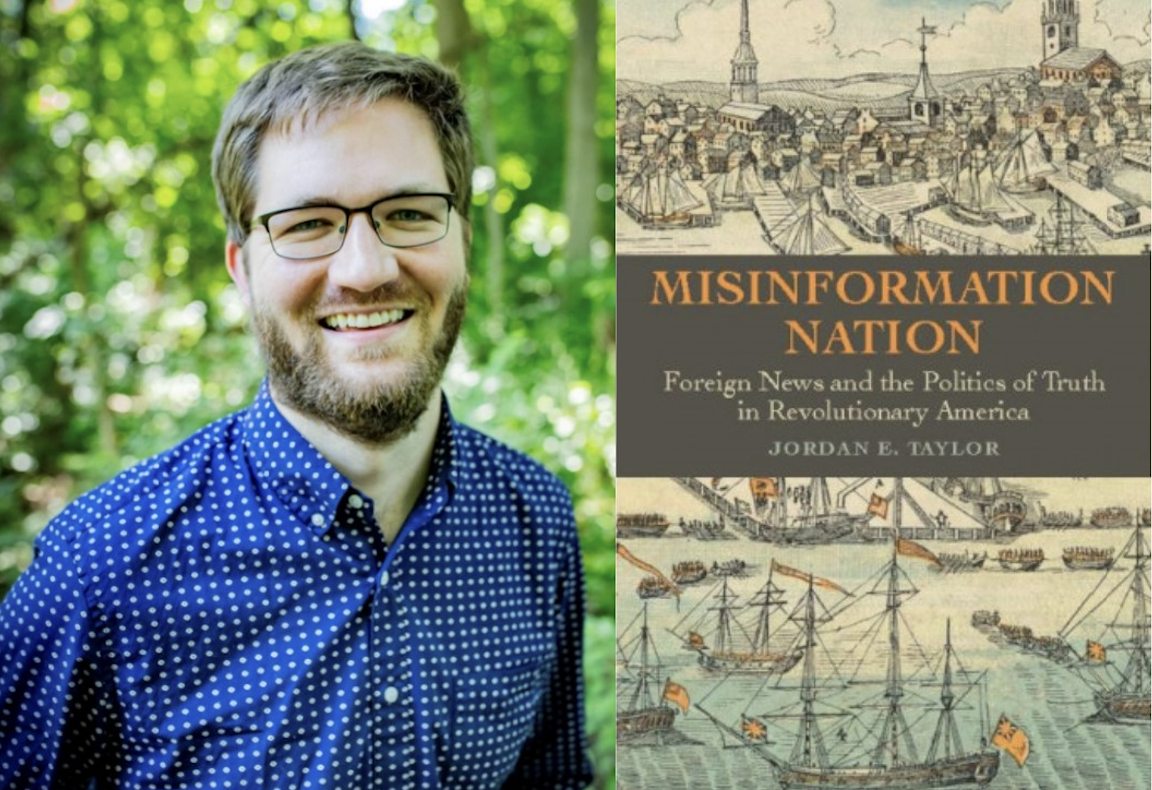 “Fake news” is nothing new. Just like millions of Americans today, the revolutionaries of the eighteenth century worried that they were entering a “post-truth” era. Their fears, however, were not fixated on social media or clickbait, but rather on peoples’ increasing reliance on reading news gathered from foreign newspapers. News was the lifeblood of early American politics, but newspaper printers had few reliable sources to report on events from abroad. Accounts of battles and beheadings, as well as declarations and constitutions, often arrived alongside contradictory intelligence. Though frequently false, the information that Americans encountered in newspapers, letters and conversations framed their sense of reality, leading them to respond with protests, boycotts and violence. In his new book, Misinformation Nation: Foreign News and the Politics of Truth in Revolutionary America, Jordan E. Taylor, associate professor of history at Indiana University-Bloomington, reveals how foreign news defined the boundaries of American politics and argues that the American Revolution was plagued by misperceptions, misunderstandings and uninformed overreactions.

Jordan E. Taylor, Ph.D., is a historian of media and the American Revolution and is currently an associate professor of history at Indiana University-Bloomington. Prior to this position, he taught at Indiana University–Southeast, Indiana State University and Smith College. Dr. Taylor’s scholarship has been published or is forthcoming in publications such as the Journal of the Early Republic, Early American Studies, Book History, the New England Quarterly, Studies in Book Culture and the Pennsylvania Magazine of History and Biography. His public writing has appeared, among elsewhere, in the Washington Post, Time, The Daily Beast and the Journal of the American Revolution. His latest book, Misinformation Nation (Johns Hopkins University Press, 2022), explores how contests over truth were fundamental to the politics of the founding generation.