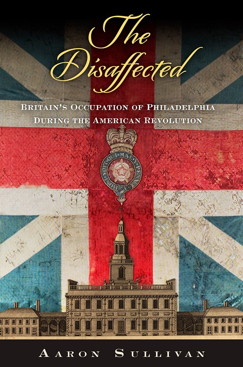 Historian Aaron Sullivan discusses and signs copies of his book that chronicles the experiences of Quakers, pacifists and others who were pursued, pressured and at times persecuted during the British occupation of Philadelphia, not because they chose the wrong side of the Revolution, but because they tried not to choose a side at all.