Lecture – The Burning of His Majesty’s Schooner Gaspee: An Attack on Crown Rule Before the American Revolution

Lecture – The Burning of His Majesty’s Schooner Gaspee: An Attack on Crown Rule Before the American Revolution 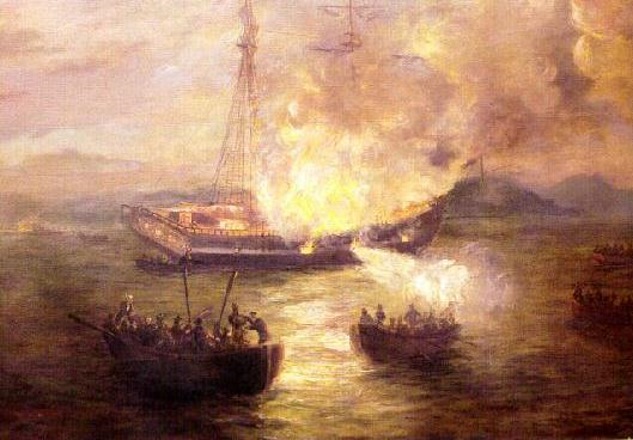 On June 9, 1772, a group of prominent Rhode Islanders rowed out to the British schooner Gaspee, which had run aground six miles south of Providence while on an anti-smuggling patrol. After threatening and shooting its commanding officer, the raiders looted the vessel and burned it to the waterline. Despite colony-wide sympathy for the raid, neither the government in Providence nor authorities in London could let this pass without a response. As a result, a Royal Commission of Inquiry headed by Rhode Island governor Joseph Wanton zealously investigated the incident. Historian Steven Park reveals that what started out as a customs battle over the seizure of a prominent citizen’s rum was soon transformed into one of the sparks that ignited patriot fervor in the years leading up to the Revolutionary War. This lecture commemorates the 250th anniversary of the Gaspee affair, one of the first acts of rebellion against British authority over the American colonies, and is part of our on-going initiative to commemorate the 250th anniversary of the American Revolution.

Steven Park received his Ph.D. in history from the University of Connecticut where he taught United States and maritime history for seventeen years before joining the Institute for Teaching and Learning as an education technologist. He currently serves as the Director of Academic and Scholarly Technology at Wheaton College and has written several articles that have appeared in a numerous publications, including International Maritime History, American Neptune, Journal of the American Revolution, and Connecticut History Review.