Virtual Author’s Talk – Espionage and Enslavement in the Revolution: The True Story of Robert Townsend and Elizabeth

Virtual Author’s Talk – Espionage and Enslavement in the Revolution: The True Story of Robert Townsend and Elizabeth 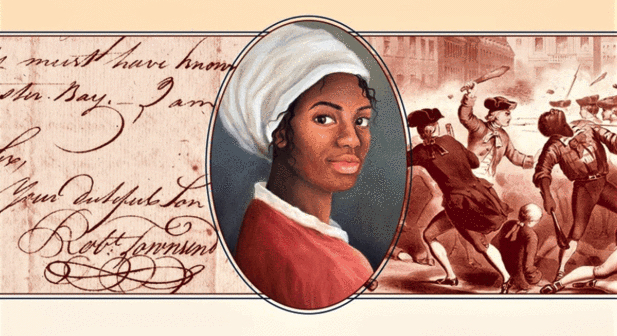 In January 1785, a young African American woman named Elizabeth was put on board the Lucretia in New York Harbor, bound for Charleston, where she would be sold to her fifth master in just twenty-two years. Leaving behind a small child she had little hope of ever seeing again, Elizabeth was faced with the stark reality of being sold south to a life quite different from any she had known before. She had no idea that Robert Townsend, a son of the family she was enslaved by, would locate her, safeguard her child and return her to New York—nor how her story would help turn one of America’s first spies into an abolitionist. Robert Townsend is well known as one of George Washington’s most trusted spies, but fewer know of his work to end slavery. As Robert and Elizabeth’s story unfolds, prominent figures from history cross their path, including Benjamin Franklin, Alexander Hamilton, John Jay, John André and John Adams, as well as participants in the Boston Massacre, the Sons of Liberty, the Battle of Long Island, Franklin’s Paris negotiations and Benedict Arnold’s treasonous plot.

Join authors Claire Bellerjeau and Tiffany Yecke Brooks for a conversation about the lives of Robert Townsend and Elizabeth, their research process and the lives of enslaved people during the American Revolution.

The talk will last approximately one hour on Zoom. Registration is required for this free event.

Claire Bellerjeau is a historian and director of education at Raynham Hall Museum in Oyster Bay, New York, and has been researching the Townsend family and their slaves for over sixteen years.

Tiffany Yecke Brooks holds a Ph.D. in American and dramatic literature from Florida State University and has spoken and published widely on early portrayals of race in trans-Atlantic performance, as well as the emerging American identity in the late eighteenth and early nineteenth centuries.