Virtual Author’s Talk – The Cabinet: Washington and the Creation of an American Institution

Virtual Author’s Talk – The Cabinet: Washington and the Creation of an American Institution 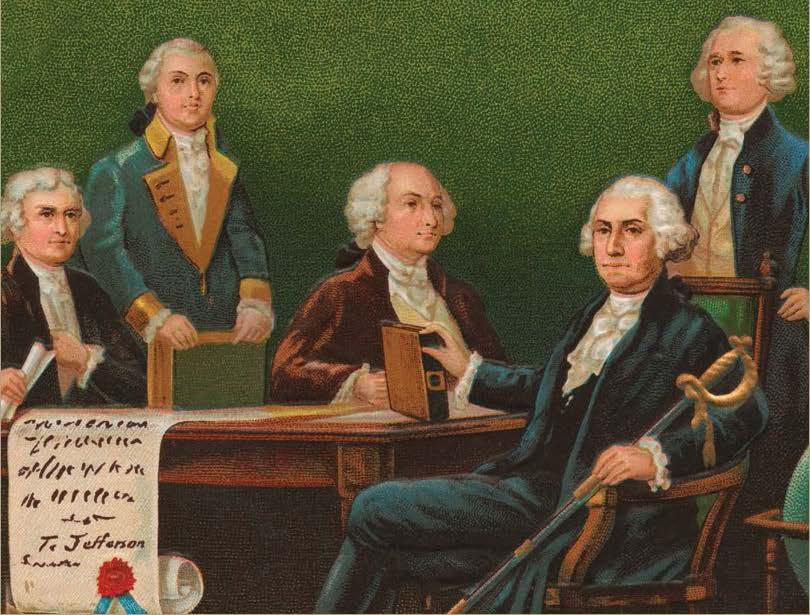 Faced with diplomatic crises, domestic insurrections and constitutional challenges—and finding congressional help lacking—George Washington decided he needed a group of advisors. Washington modeled his new cabinet on the councils of war he had led as commander of the Continental Army. In the early days, the cabinet served at the president’s pleasure. He tinkered with its structure throughout his administration, at times calling regular meetings, at other times preferring written advice and individual discussions.

Lindsay M. Chervinsky reveals the far-reaching consequences of Washington’s choice. The tensions in the cabinet between Alexander Hamilton and Thomas Jefferson heightened partisanship and contributed to the development of the first party system. And as Washington faced an increasingly recalcitrant Congress, he came to treat the cabinet as a private advisory body to summon as needed, greatly expanding the role of the president and the executive branch.

The talk will last approximately one hour on Zoom. Unsigned copies of the book are available for purchase online and personalized book plates are available from the author. To request a book plate, please click here. Registration is required for this free event.

Dr. Lindsay M. Chervinsky is a historian of early America, the presidency and U.S. government institutions. She is currently a scholar in residence at the Institute for Thomas Paine Studies at Iona College and senior fellow at the International Center for Jefferson Studies. Previously, she served as historian at the White House Historical Association and a postdoctoral fellow at the Center for Presidential History at Southern Methodist University. She received her B.A. in history and political science from the George Washington University and earned her Ph.D. in American history from the University of California, Davis.