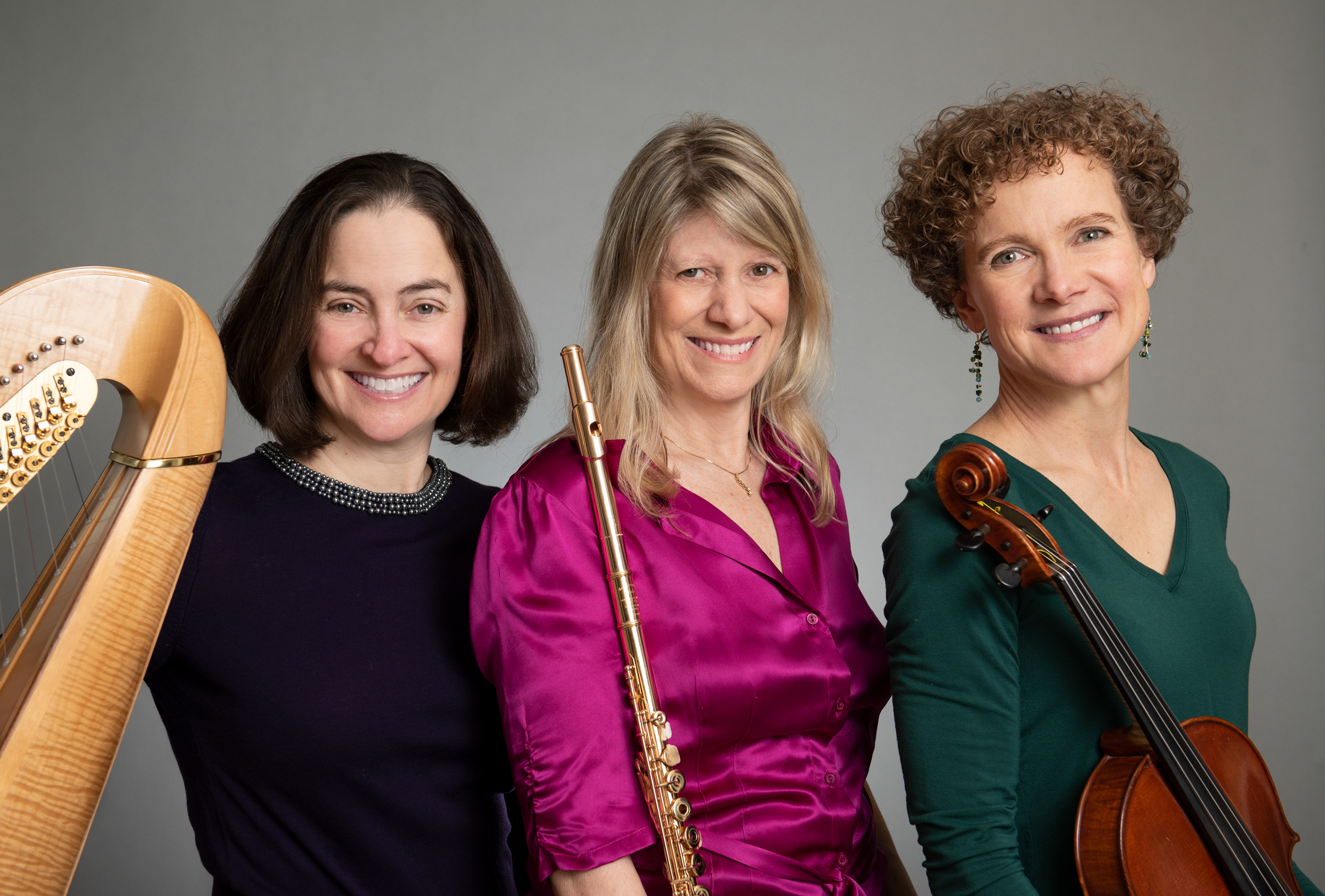 The Beau Soir Ensemble, a flute, viola and harp trio dedicated to the performance of standard and contemporary repertoire, plays works by American composers, both classical and contemporary.

The concert will last approximately one hour. This is the third date in the fall American Music Series, which celebrates the history and variety of American music genres.

Carole Bean, flute, is a native of Columbus, Ohio, who performs as the piccoloist with the National Symphony Orchestra. Ms. Bean attended Bowling Green State University and Northwestern University.

Ruth Wicker Schaaf, viola, is a native of Germany who has given recitals in Europe and throughout the United States. Ms. Schaaf studied at the Curtis Institute of Music in Philadelphia and graduated from the Staatliche Hochschule fur Musik Koln.