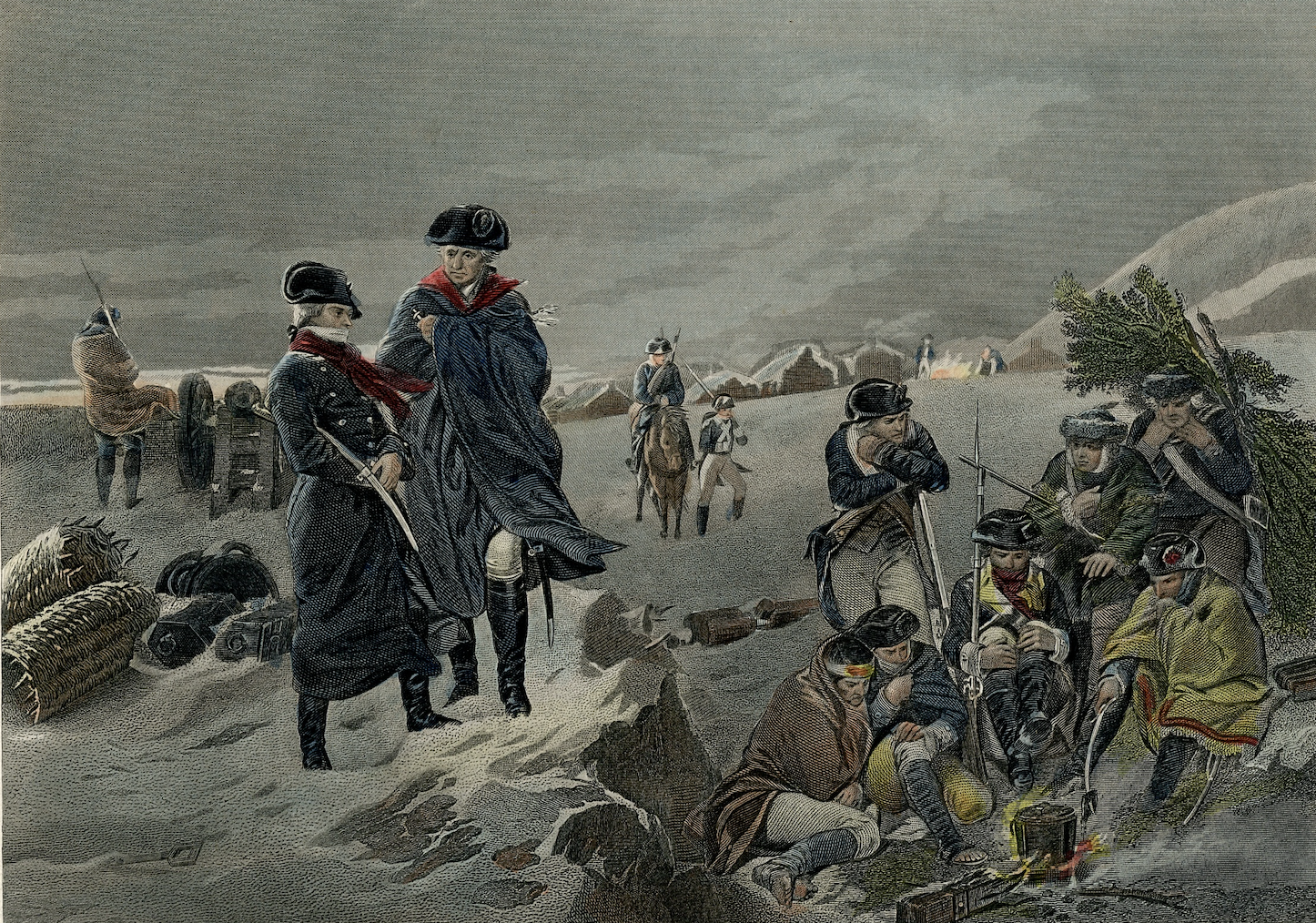 Throughout the punishing winter at Valley Forge, Gen. George Washington preserved the Continental Army while also forging it into an effective fighting force. This achievement not only reflected military leadership but also deft political action that allowed the commander-in-chief both to repel an attempt to supersede him and to command the congressional and national support he needed to remake the army. Historian David O. Stewart examines Washington’s masterful navigation of politics and leadership during the daunting 1777-1778 winter encampment.

David O. Stewart is the author of ten books of American history and historical fiction. His most recent work, George Washington: The Political Rise of America’s Founding Father (Dutton, 2021), has won several awards, including best book of 2021 from the New Jersey Society of the Cincinnati and the 2022 Colonial Dames of America book award, and was a finalist for Mount Vernon’s highly regarded George Washington Book Prize. Mr. Stewart has also written for the Staten Island Advance, monthly Supreme Court columns for the American Bar Association Journal, the Washington Post and its Sunday Magazine, and the New York Times, in addition to providing commentary for major networks such as CNN, C-SPAN, Bloomberg News and MSNBC.