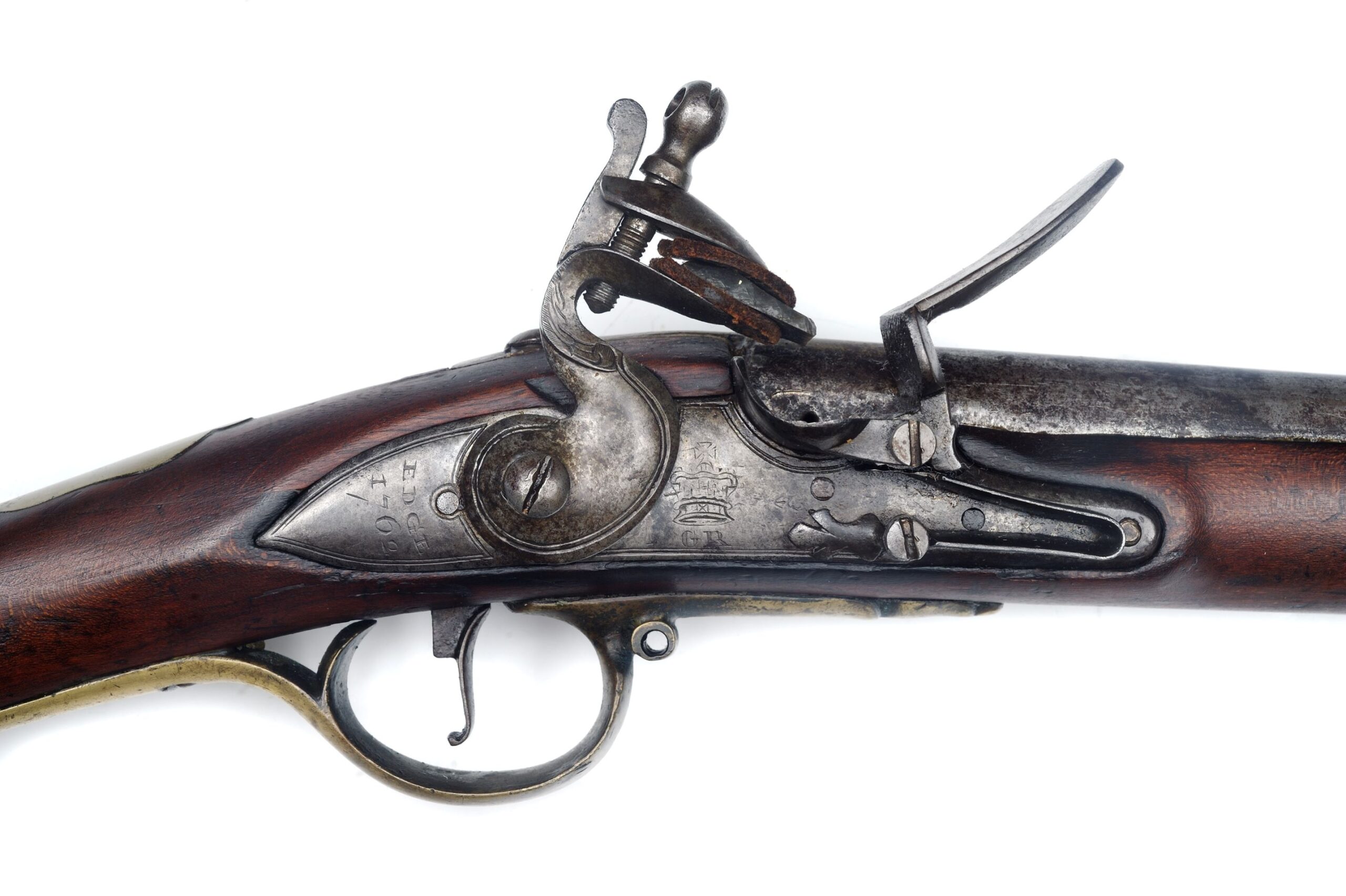 Join Deputy Director and Curator Emily Parsons for a discussion of a British Pattern 1756 light dragoon carbine and the winding road it took to seeing action in the American Revolution. In May 1776, just two months after the British had evacuated Boston, a Massachusetts privateer captured an armed British transport ship, the Hope, near Boston Harbor. The enemy ship was filled with arms and equipment meant for the king’s troops, including one thousand carbines, several cannon and nearly fifteen hundred barrels of gunpowder. This windfall for the Continental Army—which, one year into the war, still struggled to supply its troops with enough suitable weapons—would test its leadership, as generals began fighting over the captured cargo while George Washington tried to assert his authority in the matter. One of the carbines captured from the Hope—distinguished by the cherry stock and other alterations made by Continental armorers after these weapons arrived in America—is in the Institute’s collections. This firearm—made in 1762 for British light dragoons, altered in 1775 for use by Crown forces in America, captured in 1776 by an American privateer, issued to Continental Army troops, and altered by American armorers for use against the British in the Revolutionary War—helps to tell broader stories of the tools and leadership required to win American independence. This presentation will be held in our research library and last approximately 30 minutes.

Registration is requested. To attend the Lunch Bite in-person at Anderson House, or to watch virtually, please use the appropriate form below.

Click here to attend the Lunch Bite virtually
Tickets are not available as this event has passed.
+ Google Calendar+ iCal Export