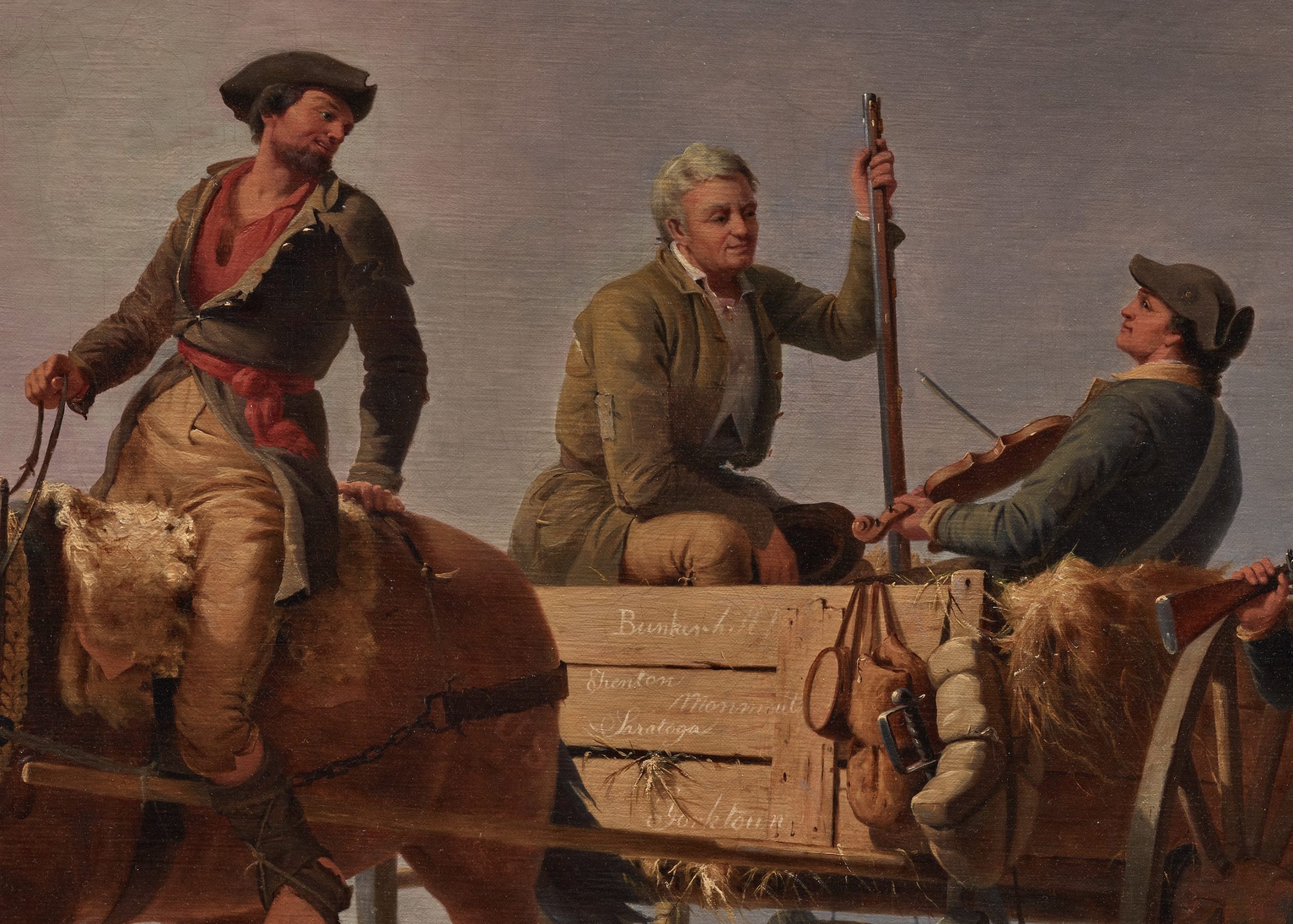 The American Revolution was the most deeply consequential event in our nation’s history. It secured our independence, established our republic, created our national identity, and expressed ideals of liberty, equality, natural and civil rights, and responsible citizenship that have defined our nation for nearly 250 years. The achievements of the Revolution were the work of a whole generation of Americans. We remember the statesman and the generals, but should remember as well the service and sacrifice of hundreds of thousands of ordinary Americans, without whom the American Revolution could not have succeeded. First among those are the soldiers and sailors who risked their lives, and the many who gave their lives, in our Revolutionary War. They left us extraordinary legacy.

That legacy includes our understanding that military service involves sacrifices for which free societies incur obligations that transcend the commitments they make to others in their service. Men and women in the military sacrifice their liberty, embrace discipline that deprives them of freedoms others possess, accept risks few civilians encounter, and forego opportunities and ordinary pleasures others enjoy, and which their service makes possible. Those who serve in combat endure terrors and suffering beyond the comprehension of most of their fellow citizens. Our debt to them is no ordinary debt. No financial transaction can discharge it. Our debt obliges all of us to express our respect and appreciation—to care, in Lincoln’s words, “for him who shall have borne the battle and for his widow, and his orphan, to do all which may achieve and cherish a just and lasting peace among ourselves.”

Americans took a very long time to grasp these truths and honor the veterans of our Revolutionary War. In the process they redefined what it means to be a veteran, abandoning the idea that the term applies only to a limited class of long-serving, accomplished men, and attaching it to nearly all former soldiers and sailors, recognizing service rather than expertise. The experience of our first veterans transformed the way Americans understand pensions—once regarded as a tool of monarchical or aristocratic privilege used to corrupt public life and reward family, friends, and political allies at the expense of ordinary people. By the middle of the 1830s, the American pension system was operated for benefit of ordinary people, and pensions had become a way for a democratic society to recognize and reward veterans of every sort. America’s first veterans also changed the way Americans understood honor—once regarded as a quality of gentlemen of education, refinement, and high social standing. Americans redefined honor as a moral and ethical quality displayed by people at every level of society.

All of these changes were shaped by the ideals of the American Revolution, and unfolded over several decades. This experience holds an important lesson for us. Like Americans of the early nineteenth century, we do not fully grasp the revolutionary implications of our Revolution—how radically it challenged the injustice of its age, how deep and pervasive its influence has been, what it principles require from each of us now and will require of each of us in the future. We live in a nation defined and continuously transformed by our Revolution, yet we often overlook its vast importance.

It took a lifetime to work out some of the simplest implications of that vast event, yet the ideals articulated and defended by the revolutionary generation ultimately transformed, and continue to transform, the lives of everyone in the United States. Those ideals fueled the demands of ordinary people for an active role in governance, unleashed an egalitarian movement in religion that transformed the spiritual lives of millions, exposed slavery as an abomination and set it on the path to extinction, released the creative energy that transformed American business, science, literature, and education, encouraged the unfettered expression of ideas, and provided the intellectual foundations for challenging centuries of discrimination against women and all forms of oppression on the basis of race, ethnicity, religion, age, sexual orientation, social status, vocation, physical condition, or mental ability. We are all heirs to the American Revolution and the free society it created, and is still shaping. That free society, with all the promise it holds for the United States and the world, is the legacy of America’s first veterans.

Above: Detail from William Tylee Ranney, Veterans of 1776 Returning from the War, 1848, Dallas Museum of Art. View the whole painting at the museum’s website.

If you share our concern about ensuring that all Americans understand and appreciate the constructive achievements of the American Revolution and honor its veterans, we invite you to join our movement. Sign up for news and notices from the American Revolution Institute. It costs nothing to express your commitment to thoughtful, responsible, balanced, non-partisan history education.